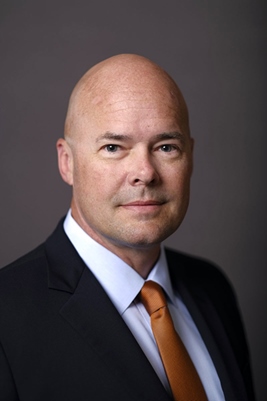 While half the fine has been suspended in exchange for continued remedial measures by the company, FLIR will pay an initial $1 million within ten days, plus an annual $3.5 million in each of the next four years.

The fine comes more than three years after FLIR first contacted the US Department of State office that deals with ITAR regulations about the potential violations.

“This agreement is the result of a long review process, where we co-operated fully and have devoted considerable time and expense to improve our compliance processes. The bigger picture here is that we're fully aligned with the US government in achieving its policy objectives, including the most important one - and that is protecting the lives of the US war fighter.”

According to the Department of State’s Directorate of Defense Trade Controls (DDTC) statement on the matter, the allegations relate to the transfer of ITAR-restricted equipment to dual national employees of Iran, Iraq, Lebanon and Cuba - all of which are banned from receiving US arms exports under ITAR rules.

As per details in the DDTC’s proposed charging letter, the alleged violations relate to unauthorized exports to employees at 22 of the company’s non-US facilities, including FLIR AB in Sweden, that were subsequently re-exported.

One example of the hardware involved was FLIR’s “THV-3000” multi-sensor thermal imaging system, with the period under investigation extending back a decade.

Asked about the ITAR agreement in the investor call, the CEO re-iterated that the company had exactly the same policy as the State Department when it comes to protecting the US military, adding that there would be two external audits carried out over the next four years, overseen by a special compliance official.

Happy 40th
Despite those revelations, Cannon said he was happy with the start to 2018, with solid growth across the company’s product portfolio and improved profitability as FLIR marked its 40th anniversary in March.

Cannon, who has just signed a contract extension to remain CEO through April 2022, attributed that in part to his decision to focus the company around three business units – industrial, government and defense, and commercial. Those replaced six previous application-focused segments.

“With these record first quarter results, we are off to a great start to 2018,” Cannon said. “Our top line grew 13 per cent organically while our adjusted earnings per share grew 33 per cent. All three of our business units had double-digit organic revenue growth and we saw significant operating leverage with this growth.”

The Point Grey Research machine vision business, acquired by FLIR in late 2016 for around $250 million, appears to be performing particularly well.

"The business grew organically at a rapid clip through the year last year,” said Cannon. “We built strong backlog [and] the business continues to improve. We're very enthusiastic about the machine vision space.”

FLIR’s executives are looking to double the unit’s production rates in time, partly by applying the company’s “FLIR Method” approaches to productivity improvements.

With sales rising to $440 million in the quarter, the FLIR team has decided to raise its expectations for full-year sales slightly. Cannon and colleagues have now pencilled in a revenue target of between $1.76 billion-$1.79 billion.

• FLIR’s stock price suffered no ill effects relating to the DDTC consent agreement, trading slightly higher following the results announcement to just over $52 on the Nasdaq exchange – equivalent to a market capitalization of around $7.3 billion.