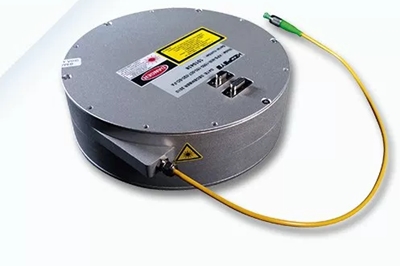 The newly merged Keopsys-Quantel operation has reported 5.8 per cent sales growth for 2017, boosted partly by demand for lidar sensors.

Previously separate French photonics companies, the two entities officially became one in October last year via a reverse takeover, and now operate under the leadership of CEO and Keopsys founder Marc Le Flohic.

Automotive lidar boost
In a statement to the Paris Euronext stock exchange, where the company is listed, Keopsys-Quantel said that 2017 revenues would come in at €85.1 million.

Rapid growth of the company’s new lidar sensors business division – where sales rose 18 per cent year-on-year – to €10.7 million outweighed a similar fall in sales attributed to defense applications, the latter including sales of lasers developed for the giant Laser Megajoule fusion research project near Bordeaux.

“The lidar sensors business recorded a strong acceleration in 2017,” the company announced. “This increase reflects the impact of significant investments made by various group customers in the development of autonomous vehicles.”

While the company is yet to report any profit information, it did say that it expected overall group profitability to “improve significantly” on 2016, when the separate firms delivered an aggregate net income of €2.8 million on sales of €80.5 million.

Full-year profits are set to be revealed when the company posts its full annual results, currently scheduled for March 29.

Revitalization
Commenting on what it called the “revitalization” of the combined entity this year, Keopsys-Quantel added that it was “pooling and integrating” its sales forces. It has recently opened a subsidiary in Poland, to take charge of marketing efforts in central and eastern Europe.

At last week’s Photonics West exhibition, the Keopsys side of the business shared its booth with the US-based Quantel Laser division, and showed off its new "PEFL-KULT" pulsed erbium fiber laser. It is said to be capable of delivering a peak power of 15 kilowatts from an ultra-compact package – with an option for frequency-doubling.

Keopsys’ Guillaume Canat also presented a paper on ultra-compact hermetic laser diode modules suited for applications in harsh environments. Manufactured using a totally glue-free process, thanks to a proprietary welding process, the modules are said to deliver up to 10 W of 940 nm light from the fiber at room temperature.

Similar modules emitting at 830 nm are said to deliver more than 4.8 W, also with room-temperature operation.