US firm hails 'exciting time in photonics' as it beats sales and earnings guidance with a bumper quarter. 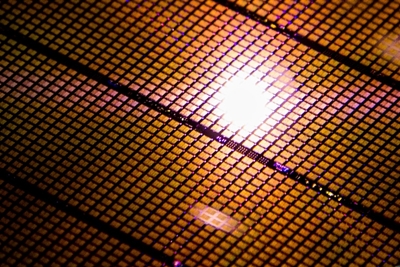 Photonics company Lumentum has posted a dramatic increase in sales and income in its latest financial quarter, sending its stock price up more than 10 per cent in a week when Wall Street has gone largely into reverse* (see update below).

Against the backdrop of a wider market correction that has wiped trillions off the value of global stock markets, the California-based maker of lasers and optical communications technology reported an operating income of nearly $91 million on sales of $405 million for the three months that ended December 30.

Those figures represent spectacular increases on the figures for the same quarter a year ago, when Lumentum posted an operating income of $13.3 million on sales of $265 million but first indicated the potential of a 3D sensing-driven upturn in fortunes.

The guidance-smashing result – Lumentum’s executives had previously indicated that revenues would land in the $345 million-$375 million range – propelled the company’s stock price up around 11 per cent in early trading on February 6, at a time when the Nasdaq index was holding steady following its 3 per cent slide a day earlier.

“It’s a very exciting time at Lumentum,” Lowe said. “We are leveraging our photonics technology across multiple markets.”

And while a sharp dip in 3D sensing sales is expected in the next quarter or two, demand is already building ahead of a further ramp in production earmarked for the second half of 2018, as makers of Android phones adopt their own versions of the technology – some based on edge-emitting sources rather than VCSELs.

In a quarter that saw nearly all Lumentum’s laser product lines set new records, Lowe told analysts that his experience at the recent Consumer Electronics Show (CES) in Las Vegas indicated applications in 3D sensing were about to take off in China, Korea, and North America, with deployments in phones, other consumer electronics devices, and automobiles all in the pipeline.

The Milpitas-headquartered company, which uses an out-sourcing model for its VCSEL supplies, said it was already qualifying new manufacturing equipment to further ramp production of the different types of laser arrays.

The “Astra Mini” depth-resolution camera from Orbbec has a range of 0.6-5 meters and is aimed at gesture control applications, while Lumentum’s diodes can also be found inside Occipital’s structure sensor, designed for mobile devices and aimed at large-scale mapping of rooms and buildings, and inside-out positional tracking for AR/VR headsets.

“It’s not difficult to imagine the market for 3D sensing lasers exceeding $1 billion in the next year or two,” Lowe told the analyst call.

While growth was more muted across Lumentum’s other product lines, Lowe pointed out that commercial laser sales of $44.5 million (3D sensing forms part of the firm’s much larger, “communications” reporting division) were up 57 per cent year-on-year.

Momentum there is coming partly from continued strong demand for kilowatt-scale fiber lasers, which the company has developed in partnership with machine tool company Amada. At the Photonics West event, Lumentum also showed its 9.4 kilowatt “Corelight” fiber laser engine.

Price pressure and yields
Looking ahead, Lowe said that the company would be able to add 3D sensing capacity quickly when needed, which he expects to be in the second half of this year as the major smart phone OEMs prepare to ramp their latest models.

He also believes that Lumentum would be able to match any pressure on pricing that results from VCSEL supply competition by pushing yields higher, and says that the market split between 3D sensors based on VCSEL and edge-emitter designs will depend largely on which approach the currently very secretive Android device makers decide to take.

Lowe and CFO Aaron Tachibana anticipate that sales in the current quarter will slip back to a range between $280 million and $305 million, before the expected strong recovery towards the end of the year – in keeping with the typical seasonality of the consumer electronics sector.

* updated (Feb 7): as Wall Street rebounded and markets recovered in general from their earlier losses, Lumentum's stock price closed up 21 per cent on the day it announced its Q2 results. After rising to $51.65, the Nasdaq-listed photonics firm's market capitalization stood at $3.2 billion.