The company sees growth in all segments with VCSEL markets expanding as planned. 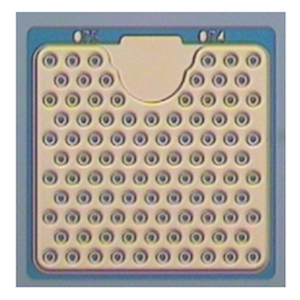 II-VI, the diversified developer of engineered materials and optoelectronic components, reported record quarterly revenues of $282 million for the second quarter of fiscal 2018, representing an increase of 21 percent over the equivalent quarter last year and a rise of eight percent over Q1.

"Each of our segments saw growth in their end markets, and our newer products accounted for more than half the growth this quarter," he said. "Our growth markets as well as our core markets of industrial and communications are positioned to benefit as the end markets continue to mature."

The Tax Cuts and Jobs Act passed by the US government in November 2017 had some impact on the figures, in the form of one-off additional income tax expense and associated withholding of taxes for anticipated cash repatriation. Mattera commented that the majority of the bill's effects were recorded during the quarter, with some provisions to be re-evaluated during the remainder of the fiscal year.

VCSEL growth
The company's results in the VCSEL space, after the ramping of production to meet the opportunities now becoming available for VCSELs in consumer devices from Apple and others, were not discussed in detail, although the company indicated it was happy with the current picture across both consumer 3D sensing and datacom applications.

"We are not going to break down the VCSEL shipments by end-market." said CFO Mary Raymond. "I think it's fair to say they were good across all the end-markets. We have sold VCSELs for datacom in the past, so a lot of the growth in VCSELs revenue would have been for newer applications. But that's probably the extent of what we can say."

Mattera added that II-VI's 3D sensing production and development efforts this quarter had proceeded as planned. "With our shipments this quarter, I believe we have established a solid manufacturing and development platform," he said. "We are optimistic about the 3D sensing market long-term and continue our engagement with potential new customers as we work to evaluate new prospects."

With SPIE Photonics West in mind, the company commented that its capabilities in advanced material processing and application-specific thin-film coating technology were also a focus of attention, along with the free-form beam-shaping laser optics for fiber lasers and diode lasers it introduced at the show.