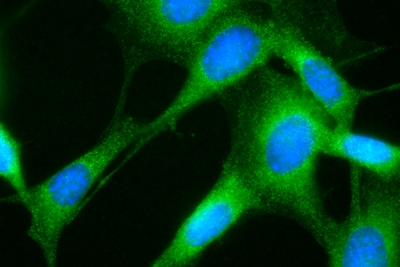 The $225 million cash deal, expected to close in early 2019, will see well-known photonics brands including Princeton Instruments, Photometrics, and Lumenera make the switch, along with some others.

Once part of Teledyne, they will fall under the same corporate umbrella as sensor manufacturer e2v Technologies and camera firm Dalsa. Teledyne bought e2v in March 2017 for approximately $790 million.

Changes at Roper
NYSE-listed Teledyne’s CEO Robert Mehrabian said in a company release: “These scientific imaging businesses have similar capabilities and are highly complementary to Teledyne’s products and markets.

“Teledyne is a company committed to science and discovery. We are a key partner to high-technology businesses, government agencies and academic institutions across the globe.

Roper CEO Neil Hunn, appointed in August to replace long-time chief Brian Jellison, described Teledyne as an “ideal home” for the various businesses, and their customers and employees. The Sarasota, Florida, company will bolster its cash position with the proceeds from the transaction. Its balance sheet showed cash and equivalents of $363 million as of September 30, alongside $4.4 billion in long-term debt.

Gatan sale; refinance
Back in June Roper had indicated a likely new direction with its $1.1 billion all-cash acquisition of the financial software company PowerPlan. Two months later it sold $1.5 billion in unsecured loan notes, partly to repay a maturing $500 million loan accruing interest at a rate of 6.25 per cent.

Roper is also in the process of selling its electron microscope division Gatan to the analytical equipment firm Thermo Fisher, although that $925 million cash deal is now subject to further review by the UK’s Competition and Markets Authority.

In its latest financial results, for the three months ending September 30, Roper reported total sales of $1.32 billion – of which the medical and scientific imaging division that includes the brands being sold to Teledyne contributed $380 million.

For that period, the medical and scientific imaging business unit posted an impressive operating profit of $133 million, or 32.3 per cent of sales.

• Several of the divisions involved in the Teledyne transition will be showing off their latest products at the forthcoming SPIE Photonics West technology exhibition, taking place at the Moscone Center in downtown San Francisco in early February.