Glasses containing cadmium and lead may still be used for four more years; industry lobbyists to push for total exemption. 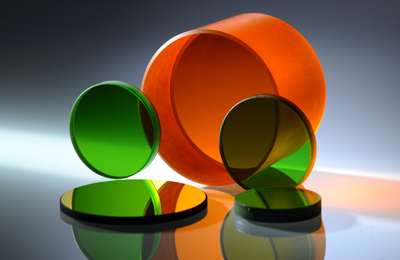 The European Union has extended certain exemptions for optical and colored filter glasses, which are controlled by the RoHS directive – such as those containing cadmium and lead compounds – until July 2021. The exemption has been extended from 2016, its previous expiry date (see extract of exemption order, below).

Dr. Peter Hartmann of the Advanced Optics division at Schott commented on the exemption agreed by the European Commission, “This success was achieved due to long, tedious, patient and exhaustive work by the team of Uwe Hamm of Carl Zeiss, Wenko Süptitz of Spectaris, Paul Goodman of ERA UK and myself.

“Since the situation with these materials will not change beyond 2021 the complete removal of optical materials from the RoHS scope will be the next target. Preparation work will start in 2019 at the latest.” 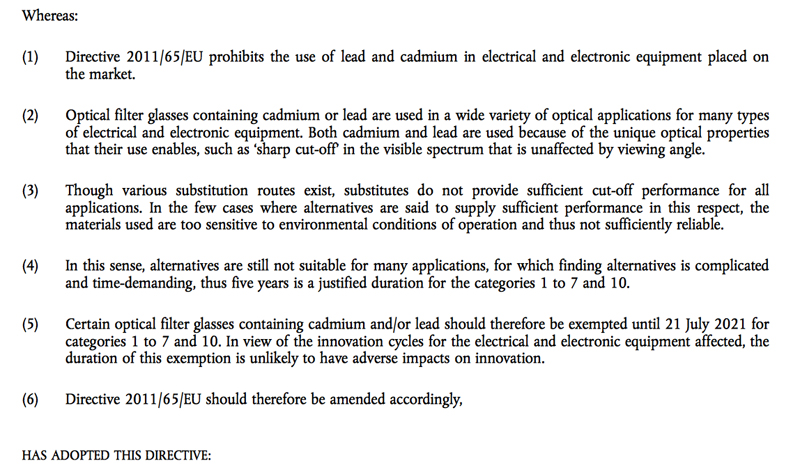 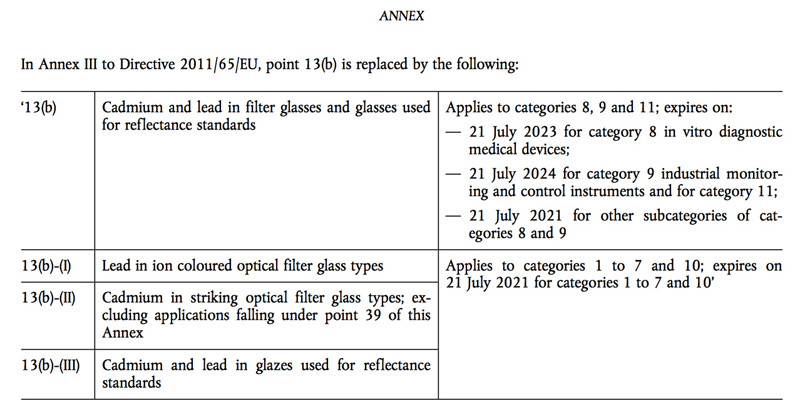