Sight-saving device based on fishes' perception of polarized light wins BBSRC Innovator of the Year award. 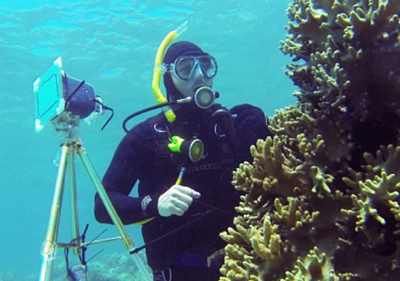 Dr Shelby Temple, from the University of Bristol’s School of Biological Sciences, has been named Innovator of the Year 2017 in the UK for his work into polarization and macular degeneration.

The UK’s Biotechnology and Biological Sciences Research Council (BBSRC) award recognizes Dr Temple’s work in developing a photonics-based device that can rapidly screen people at irisk of age-related macular degeneration (AMD), the leading cause of incurable blindness in people over 55 in the western world.

The innovation arose from BBSRC-funded research carried out at the University of Bristol, which looked at the ability of octopuses, cuttlefish and coral reef fish to see polarised light – a form of light that humans are not usually aware they can see.

Dr Temple invented a series of devices to display polarised light to animals, and in doing so, realised he could see a pattern as well. “What I was seeing was an effect known as Haidinger’s brushes, which happens within the eye when people perceive polarised light. The ability to see this phenomenon is linked to an aspect of eye health and can be an early indicator of disease,” he said.

“It became clear that the tools I had developed for octopuses and cuttlefish could be the foundation for a novel ophthalmic device that could rapidly screen people for susceptibility to AMD.”

The award acknowledges the important impact this device could have in preventing sight-loss worldwide. In the UK alone, AMD affects more than 600,000 people and is estimated to cost the healthcare system £1.6 billion ($2.1 billion) annually.

The University of Bristol’s Pro Vice-Chancellor for Research, Professor Nishan Canagarajah, said, “It’s exciting to see University of Bristol research into something as niche as how octopuses view the world, lead to a screening tool for the biggest cause of sight loss among humans worldwide."

As well as being named Innovator of the Year 2017, Dr Temple also received the award in the Commercial Impact category. In 2016, he received £500,000 in funding from Innovate UK, which launched Azul Optics, a Bristol-based start-up that is commercialising the device. Azul Optics has since secured an additional £310,000 in private investment. 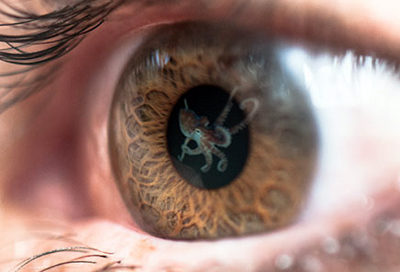 Dr Temple told optics.org about Azul’s plans for the development and commercialization of the ophthalmic device. Azul Optics was founded in Aug 2016 in Bristol. The company presently employs three staff and numerous contractors. “Our goal is to have a device available to early adopters within 12-18 months,” he said. “The long term goal is to be able to develop devices for personal use to allow the worried well to monitor macular pigment at home.”

The test will only take a couple of minutes and will provide an assessment of macular pigment density in the eye. Macular pigment density is an indicator of eye health and low macular pigment density can lower a person’s contrast sensitivity and ability to deal with glare from sun and bright lights. These carotenoid pigments, which are only obtained from diet, also protect vision by protecting the eye from the phototoxic effects of high energy short-wavelength blue light, and act as antioxidants that protect the retina from oxidization.

On the device design, Dr temple explained, “The structure of the system is simple and uses an LED light source, polarizer and our custom made degree of polarization filters. The system differs from existing methods of assessing macular pigment optical density, by being smaller, faster, easier to use and more affordable. The method we use is unlike any existing system and does not require a background or reference measurement in the eye, and it provides an assessment of the overall macular pigment density rather than the density at any one eccentricity in the eye.”

“If someone has low macular pigment density they can make changes to help improve eye health and decrease risk of developing AMD, by ceasing smoking, decreasing alcohol consumption, eating foods rich in carotenoids, taking macular pigment supplements and protecting their eyes from short wavelength light by wearing sunglasses and having blue light blocking coatings on their prescription glasses.”