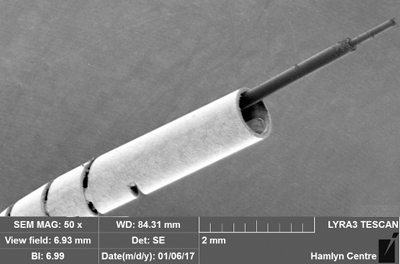 The development of robotics and artificial intelligence to improve care of the sick and elderly, and deal with hazardous environments has been boosted with more than £17.3 million ($21.3 million) of investment by the UK Government.

One project, led by Imperial College London is to investigate surgical micro-robotics, while researchers at the University of Manchester will develop robotics technologies to be operated autonomously in hazardous environments, such as nuclear facilities.

EPSRC is also announcing a £6.5 million capital investment to strengthen its existing investments to enhance capabilities and enable collaboration across a common platform within the UK-Robotics & Autonomous Systems Network.

This network of capital equipment is expected to enable the UK's robotics and artificial intelligence researchers to accelerate the translation of fundamental research into cross-sector, enabling technologies and promote cross-sector growth.

UK Government Culture Secretary Karen Bradley commented, “We are already pioneers in robotics and artificial intelligence and our Digital Strategy will build on our strengths to make sure UK-based scientists, researchers and entrepreneurs continue to be at the forefront.”

“Backing our thriving digital economy to expand, by putting the foundations in place to develop new technology, is a vital part of the Government's plan to build a modern, dynamic and global trading nation.”

Professor Philip Nelson, Chief Executive of the EPSRC, commented, “Throughout the world, however, from the United States to South Korea, China to Japan, governments are investing billions of dollars into these new technologies. These investments are vital for continuing the pipeline that transforms research into products and services.”

He added that this capital investment, in the key areas of health and social care and extreme environments, offers an opportunity to "revolutionize the care of the sick and elderly, powering of homes and industries, and maintenance of transport infrastructure".

The UK's investment in this space includes robotics, AI, and other areas of computer science such as image and vision computing, "smart sensing" technology and its associated connectivity with the Internet of Things, autonomous manufacturing, healthcare and intelligent mobility.

EPSRC also announced a list of the successful bids for the new tranche of capital investment, including those from: Bristol Robotics Laboratory and the universities of Cambridge, Heriot-Watt, Edinburgh, Imperial College, King's College and UCL, London, Leeds, Loughborough, Oxford, Sheffield, Liverpool, Southampton, Surrey and Warwick. 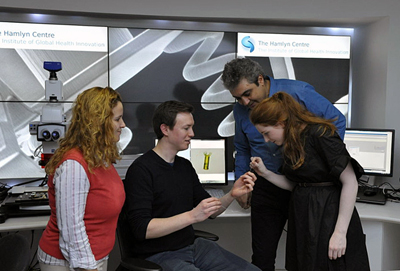 Micro-robotics for Surgery This project is intended to establish platform technologies to assist in the development of micro-instruments integrated with imaging, sensing and robotic assistance for use in minimally invasive surgery. Areas of focus will include the establishment of platform technologies in micro-fabrication and actuation; micro-manipulation and cooperative robotic control; in vivo microscopic imaging and sensing; intra-operative vision and navigation; and endoluminal platform development.

The Project leader of Micro-robotics for Surgery is Professor Guang-Zhong Yang, of Imperial College London. Its total EPSRC grant is £6,236,000.

Robotics for Nuclear Environments This project will address challenges facing the nuclear industry by developing new robotics and autonomous systems technology that will be able to operate autonomously and effectively in hazardous environments. Working in partnership with the nuclear supply chain, researchers will look to overcome current issues about the power, sensing, communications and processing power limitations of smaller robots, while also developing systems able to address issues around grasping and manipulation, computer vision and perception.

The project is led by Professor Barry Lennox, of the University of Manchester and has an EPSRC grant: £4,650,000. Organizations involved are the universities of Manchester, Birmingham, and the West of England (UWE).