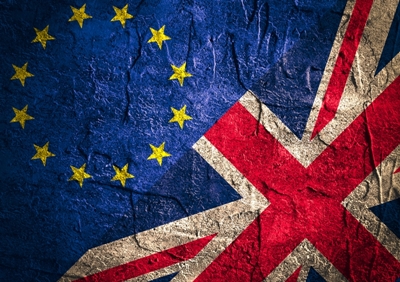 A large number of UK scientists and engineers are dissatisfied with government preparations for life outside the European Union – according to a survey by the union Prospect, which represents thousands of researchers working across the public and private sectors.

Some of those scientists, many of whom work at major UK laboratories and on high-profile international collaborations, have expressed their fears in a new booklet published by Prospect that is being used to lobby UK politicians on the potential fall-out of the Brexit process.

Uncertainty abounds
Prospect reports that 69 per cent of respondents to its online survey carried out in February said uncertainty over the timing and impact of Brexit negotiations had already have a negative effect on their organization’s ability to fulfil ongoing functions and plan or undertake long-term projects.

However, those survey results ought to be viewed in the proper context: while Prospect asserts that "almost nine in ten scientists and engineers" in the UK are dissatisfied with government preparations, its survey was in fact completed by 2758 of its members - of which only 11 per cent, or 300 of the respondents, actually work in the science, technology, engineering and maths (STEM) sector.

Nevertheless, there are some genuine fears. Among those highlighting their experiences in The implications of Brexit for STEM – experiences from the frontline and spelling out the potential impact on funding, collaboration and skills in UK science and technology are workers at the Science and Technology Facilities Council and the Rutherford Appleton Laboratory – both key centers for laser-related research.

They are worried that many of the world-leading international programs in which the UK is currently involved are simply impossible to scale to a national level.

Nearly two-thirds of the survey respondents said they felt less secure in their employment since the referendum, with less than a quarter confident that their organization had the staff and skills to inform and support government negotiations on Brexit and take on any new responsibilities that Brexit might bring.

In addition, just over one in ten respondents said that they were already planning to leave the UK up to and after Brexit, with a further 22 per cent saying they were undecided about whether to stay.

Free movement
One of the recurrent themes among researchers is the impact that any restrictions on the free movement of people entering from the EU in a post-Brexit UK might have. EU-born scientists are widely employed across UK campuses, and 90 per cent of the survey respondents want guaranteed rights for EU nationals to stay in the UK.

Prospect is campaigning for guaranteed rights for EU nationals already working in the UK to remain in the country, and continued international mobility for scientists and engineers, including for UK citizens to work in other EU countries.

It also wants assurances that the UK will not exit Euratom (the European Atomic Energy Community), at least until equivalent provisions have been put in place, and as much clarity as possible about the UK’s relationship with the EU to provide assurances to international professional networks and mitigate against the UK being frozen out of collaborative proposals like current Horizon 2020 projects.

The union is calling for the UK government to make “tangible commitments” to end the uncertainty – although any serious negotiations with the EU and European Commission, which controls a large chunk of the spending on research and development activity across the continent, will have to wait until Article 50 of the Lisbon Treaty is triggered by the UK.

That trigger is currently expected at the end of this month, while this year’s elections in France, The Netherlands, and Germany are likely to hold things up subsequently.

UK access to those ELI facilities, which should all be up and running within a few years, will be one of thousands of items under Brexit negotiation, likely as part of a wider deal covering participation in whatever the successor to the Horizon 2020 package of innovation funding turns out to be.

Although the Prospect-backed booklet does not include any photonics-specific fears, it does raise more general concerns that the credibility of UK science, technology and engineering could be undermined by any restrictions on international collaboration.

Another photonics-related example could be the Copernicus program co-ordinated by the European Space Agency (ESA) – whose latest “Sentinel” satellite for Earth-imaging in the optical spectrum has just been launched – and whose partners include the UK’s Rutherford Appleton Laboratory (RAL).

“Prospect members at RAL are worried that the future of their work with ESA is uncertain,” states the union, quoting one anonymous member who fears that the UK losing its status as a full member of the Copernicus program could mean giving up access rights to the wealth of data that the satellite constellation is set to deliver.

While it should be pointed out that non-EU countries including Switzerland and Norway are currently ESA members, and that Canada has a co-operation agreement that allows to take part in some projects, Prospect says that 20 per cent of ESA’s funding still comes directly from the EU budget.

Over the horizon
Last year, the UK Treasury confirmed that it would underwrite any grants to UK scientists and engineers handed out through Horizon 2020 innovation funding. However, many scientists’ greater fears are related to the post-2020 period, and of being sidelined by former European partners already looking to shape future research programs while the status of the UK’s future involvement remains unclear.

For example, members of the photonics public-private partnership (PPP), which is receiving hundreds of millions of euros in EC funding over Horizon 2020 period, are starting to discuss likely themes and strategies for the post-2020 era.

In the immediate aftermath of the June 2016 referendum, the UK’s Photonics Leadership Group wrote that a “mixed model” of participation in science funding along the lines of Switzerland appeared the most likely outcome of Brexit negotiations.

However, with a lack of clarity surrounding virtually all aspects of the Brexit process since then – most evidently on future tariff-free mutual access to European and UK markets and the free movement of individuals – many in the STEM field, particularly in academic circles, have grown increasingly anxious.

Others in the photonics sector have taken a more sanguine view, pointing in particular to the ability of industry to react and adapt to any new realities, and the advantages to exporters presented by the drop in value of pound sterling since the Brexit vote.