CEO Alan Lowe says next quarter's $100 million-plus growth forecast is not just based on demand for 3D sensing VCSELs. 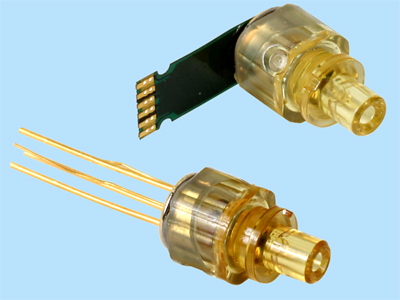 "Despite first quarter headwinds in the telecom and datacom markets, we returned to solid growth driven by a ramp in our 3D sensing business, which will accelerate significantly in the second quarter," said Alan Lowe, President and CEO. "We continue to make good progress on our strategic initiatives, and our pipeline of new products and design wins position us well in our markets."

Considering its next quarter business outlook, the company expects to achieve the following figures for the next quarter: net revenue to be in the range $345m to $375m; a non-GAAP operating margin of 21.0% to 23.0%; and non-GAAP diluted earnings per share of $1.05 to $1.25.

In the associated analysts conference, Lowe expanded on the bare numbers and gave further detail of the company’s forecast for significantly increased business over the coming quarter. Although Lowe was careful not to name any customers – as is the convention in such conferences – it is widely reported that Lumentum is a key supplier to Apple’s new generation of iPhones, with its VCSELs enabling the 3D-sensing Trudepth facial recognition system.

”This is a really exciting time at Lumentum. We have rapidly ramped our 3D sensing revenue, received significant new orders for these products and made excellent progress on next generation design-ins at numerous customers with our VCSEL and edge-emitting lasers. We also received our first high volume order for edge-emitting lasers from an Asian-based consumer electronics customer.“

He then commented on the challenging conditions facing suppliers to the international telecoms and datacoms markets. “China has been reducing inventory levels for several quarters now. As inventories decline to targeted levels, demand should increase. However, the timing of this recovery is uncertain.

“We are seeing increased demand from our Chinese customers on certain product lines. These include ROADMs and CFP2 datacom transceivers. Demand for other product lines, notably coherent components remains muted. As anticipated, demand from North America telecom customers was down sequentially in the first quarter as these customers also look to reduce inventory levels.”

Sensing a home market upturn, Lowe added, “In the second quarter however, we expect North American telecom demand to increase as inventory levels are worked down. Our datacom revenue declined by $5 million sequentially due to weaker than expected demand on 100G products.”

Lowe was asked by Michael Genovese, from MKM Partners, whether Lumentum’s projected second quarter upturn would be “entirely driven by 3D-sensing if the lasers and optical comms business was flat?”

He replied, “We expect laser sales to be up approximately 20% sequentially from Q1 to Q2 and a corresponding recovery in gross margins back to where we expect them to be. We also expect telecom to be up in from Q1 to Q2. So it's not all coming from growth in 3D sensors.”

Why was the sales forecast range so wide? Lowe answered, “the range is big because the increase from Q1 to Q2 is big and in pinpointing the amount of growth there is uncertainty on the downside as well as on the upside. So our ability to produce 3D sensing or level of China ROADM deployments picking up and North America, I think there is variability in all of that.“

Doug Clark from Goldman Sachs also asked about Lumentum’s projected Q2 sales surge: “You have mentioned $300 million in orders. Based on your comments, is it fair to assume that a vast majority if not all of that is coming from kind of the current large customer today?”

Lowe said, “We prefer not to answer specific customer order rates and things like that.”

But when Richard Shannon, of Craig-Hallum, asked if Lumentum would be able to “ship to all your customers needs for the December quarter or not?”, Lowe simply answered “no”, adding that the projected $300 million of orders extended further out than the December 2017 quarter – “I think most of those orders have request dates between now and early in the March quarter,” he concluded.