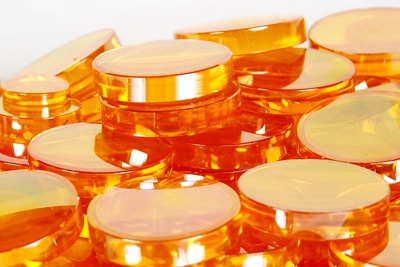 Diversified photonics and materials company II-VI has posted an 18 per cent increase in sales, thanks in part to demand stimulated by the adoption of extreme ultraviolet (EUV) lithography in chip production.

The Pittsburgh-headquartered company said that revenues in the three months that ended September 30 amounted to $274 million, up from $222 million a year ago but down slightly from the June quarter because of seasonal effects. And its executive team is hopeful that the adoption of VCSEL arrays in smart phones will provide further sales impetus in the near future.

CEO Chuck Mattera told an investor conference call: “The CVD diamond and CO2 laser optics production lines in Saxonburg have been driven to full capacity by this surging demand in EUV. In order to quickly expand our production lines, we will soon be relocating about 100 employees to a new office space near Saxonburg.”

He estimates that II-VI components account for 1-2 per cent of the selling price of each $100 million-plus EUV tool, inside which hugely powerful CO2 lasers are fired at tin droplets to generate EUV radiation. Key lithography equipment supplier ASML said last month that its EUV backlog now stood at around €2.6 billion – suggesting that the II-VI proportion could be worth as much as €52 million, or $60 million.

“Needless to say, we are very excited about the growth of this product line over the next 1-3 years,” added the CEO.

VCSEL ramp
In the VCSEL array space, where Apple’s adoption of the technology in the 3D-mapping “Face ID” security feature of its new iPhone X has spurred demand, II-VI’s rival Lumentum appears to be leading the way so far.

Although it did not detail the current extent of its VCSEL sales, II-VI said that it recently began delivering newly qualified devices made using its state-of-the-art 6-inch wafer manufacturing process. The move potentially gives the company an advantage over rival VCSEL makers in terms of production volume and device cost – provided that device yields are high and there is sufficient demand to fill up the wafer fab.

Aside from Lumentum, II-VI faces competition from the likes of established VCSEL maker Finisar and the rapidly expanding efforts of Philips Photonics, and ams-owned Princeton Optronics.

II-VI CTO Giovanni Barbarossa said that the company had completed the move from its legacy 3-inch wafer platform to the larger size in what he described as a “challenging timeline” of only 15 months, and amid two major acquisitions.

Other smart phone OEMs are expected to follow Apple’s lead with 3D sensing technologies in 2018. Barbarossa said that II-VI was engaged with several customers, but that the opportunity for VCSELs in this area remained at a very early stage in terms of both product development and market adoption.

“We can see this from many active customer engagements that we have under way, and are participating in the broad consumer electronics and automotive markets,” the CTO told investors, although II-VI declined to give any specific guidance for future VCSEL sales.

Megatrends
One of the company’s key recent moves was its acquisition in August of a large compound semiconductor wafer manufacturing facility in Newton Aycliffe, UK. Originally built by Fujitsu, it has had several other owners since, with wildly varying degrees of success.

The factory is able to produce several types of optoelectronic and radio-frequency devices, and positions II-VI to take advantage of “megatrends” aside from 3D sensing, for example Industry 4.0, autonomous vehicles, and 5G wireless networks. VCSEL production should take around a year to ramp up at the facility.

As well as EUV and 3D sensing the highly diversified company is also targeting the twin hot topics of fiber lasers and directed-energy weapons, and launched a new multi-kilowatt gallium arsenide laser diode stack at the Directed Energy Systems Symposium, held in California in September.

For the December quarter, II-VI is expecting sales to come in around the $277 million mark, with a “meaningful component” of the sequential revenue growth of its laser solutions division reflecting initial sales of VCSELs for 3D sensing applications.

• II-VI’s stock price appeared relatively unmoved by the latest results and analyst discussion. Trading at around $45 on the Nasdaq exchange on November 1, the company’s market capitalization stood at just under $3 billion.