Consultants recommend 'short-term' extension of exemption from enviornmental regulations for cadmium QD use in TVs, but not in lighting applications. 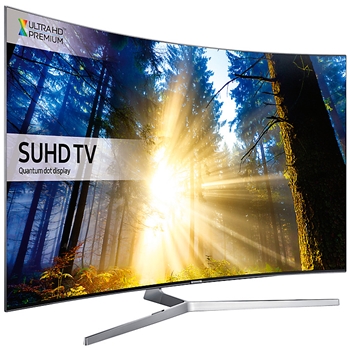 A new report on the use of cadmium-based and cadmium-free quantum dots (QDs) in televisions and lighting applications has come up with differing recommendations on whether or not they should be banned.

According to report authors at Germany’s Öko Institute for Applied Ecology, the technology should retain a “short-term” exemption from European environmental regulations for TV applications, but not for lighting.

Under the European Union’s environmental rules, cadmium is generally banned – on account of the heavy metal’s far higher toxicity than even lead and mercury.

However, a number of exemptions allowing cadmium’s continued use have been agreed in the past – many of them optical in nature, for example the cadmium telluride (CdTe) solar panels made by First Solar, cadmium-doped optical filters, and more recently the cadmium selenide (CdSe) QDs used to improve the color reproduction and energy efficiency of TVs and other displays.

One of the difficulties for regulators at the European Commission is the rapid pace of innovation among QD developers and TV makers, who are able to introduce new products far more quickly than rules and exemptions are formulated, voted on and adopted.

In Europe, the matter came to a head just over a year ago, when the European Parliament rejected overwhelmingly a decision by the European Commission to extend an exemption for cadmium-based QDs in displays until July 2018.

That disagreement triggered the latest Öko Institute report, written by Carl-Otto Gensch, Yifaat Baron, and Markus Blepp. Confusingly, the report makes different recommendations for TV and lighting applications, largely because of the different market developments in the two sectors.

Efficiency findings disputed
In their conclusions, they write that CdSe-based QDs provide higher colour gamut and lower energy consumption in displays compared with alternative QDs, although that finding has already been disputed by Cd-free QD developer Nanoco Group.

“Though there are displays using CdSe with lower performance in this respect, ‘swap’ comparisons of QD films allow concluding that differences would be related to the performance of other display components, whereas when these are held constant, CdSe show better performance in comparison with InP QDs,” note Gensch and colleagues.

“In this sense an exemption would be understood to be justified due to benefits that CdSe QDs could provide in terms of energy efficiency and in some cases also in relation to colour gamut, at least where InP QD displays are assumed to be the only appropriate alternative.”

Because those alternatives are relatively new to the market, the consultants recommend providing a “short-termed” exemption for cadmium QDs so that “changes in products on the market can be observed”.

But in response to that, Nanoco pointed to the lack of a quantitative aspect to the recommendation, stating: “The report offers no indication of what level of alleged color gamut improvement or alleged energy savings should be regarded as sufficient to warrant an exemption under the RoHS Directive.”

In addition, the Manchester, UK, company claims that even the data on commercial TVs in the Öko Institute’s own report shows that some TVs with Cd-free QDs already have a lower energy consumption, pointing to the market-leading “A+” rating for energy efficiency achieved by Samsung’s 55-inch KS9000 TV.

Exemption “unnecessary”
In a company statement, Nanoco’s CEO Michael Edelman said: “The reality is that innovative, high-performing and energy-efficient TVs and displays can and are being produced with cadmium-free quantum dots, making the need for any sort of cadmium exemption completely unnecessary.”

He points out that a similar report from the same institute two years ago had recommended extending the cadmium exemption for displays because suitable alternatives were not expected until 2019. “They were on shelves by March 2015,” Edelman said. “Despite saying energy efficiency was not a deciding criteria in their 2014 report, they now seem to have decided suddenly that it is the critical factor on advocating the new extension.”

Nanoco adds that the latest report is not definitive, with the final decision on whether to extend the exemption for displays still resting with the various European institutions. The company said:

“Nanoco looks to the European Commission, Member States, and European Parliament to exercise their responsibility to uphold the RoHS Directive by ensuring that minor performance differences do not stand in the way of progress in eliminating a toxic and dangerous substance from the EU environment.”

No exemption for lighting
As noted by Nanoco, the consultants’ findings in the newer QD application area of lighting are quite different:

They report that potential environmental benefits such as energy saving are impossible to evaluate at present, partly because of the additional complexities of the lighting sector and the fact that QD technology is only just emerging as an option.

The request to extend the current exemption came from US-based QD Vision, a manufacturer of CdSe QDs, and its commercial partner 3M. They have argued that, as well as the total amount of cadmium used in the application being tiny, the higher energy efficiency means - counterintuitively - that less cadmium is actually released into the environment, because of a consequent reduction in demand for electricity generated in coal-fired power plants.