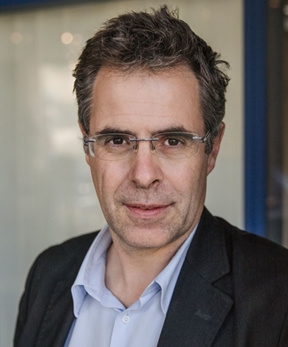 Awarded in recognition of scientific, technical or managerial accomplishments in the development of solar energy, the prize was established by the European Commission in 1989.

It celebrates the work of Alexandre Edmond Becquerel, who made the very first PV cell back in 1839, but whose son Henri is more widely recognized for his work on radioactivity that led to a Nobel prize in physics.

Ballif has won for both his scientific work on silicon heterojunction cells, and efforts to transfer that and related technologies to industrial deployment.

He heads up PV research at the Ecole Polytechnique Fédérale de Lausanne (EPFL), as well as technology development at the newly extended Centre Suisse d' Electronique et de Microtechnique (CSEM) photovoltaics development center in Neuchâtel. The former is focused on scientific work, while the latter is dedicated to industrial translation efforts.

The Becquerel Prize committee announced: “Ballif is one of the pioneers in the development of high-efficiency crystalline solar cells with heterojunctions and passivated contacts. His work spans the field from fundamentals to novel manufacturing processes, pilot tools and production lines.

“His unwavering enthusiasm has energized dozens of PhD students and postdoctoral fellows. His passionate promotion of solar energy technology as the main electricity source for the future of humankind has contributed enormously to its acceptance by society.”

Previous winners
Ballif follows in the footsteps of some of Europe’s best-known PV researchers as a winner of the Becquerel Prize, starting with the IMEC founder Roger van Overstraten in 1989.

Other recipients have included University Politécnica de Madrid professor Antonio Luque in 1992, partly for work on concentrating PV (CPV) technology, as well as Andreas Bett from the Fraunhofer Institute of Solar Energy Systems (ISE) in 2009, for record-breaking multi-junction cells based on advanced semiconductor compounds.

Last year’s winner was bifacial solar cell pioneer Andres Cuevas, who has worked at the Australian National University since 1993.