Large Synoptic Survey Telescope 'on track' for first light in 2020 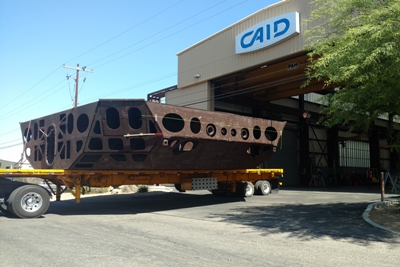 The Large Synoptic Survey Telescope (LSST), which will catalog a vast array of astronomical objects during a decade-long census of the night sky starting in 2022, is said to be on track to deliver its first images by 2020.

“We are on track for first light in 2020, and [to begin] a decadal survey in October 2022.” That is despite some major challenges at the site of the telescope, posed by bad weather at the 8800 foot-high summit site near the Cerro Pachón ridge in north-central Chile, and last September’s 8.3 magnitude earthquake.

Following Kahn, LSST telescope and site manager Bill Gressler said that nearly all major procurement efforts were now completed, and that construction at the site was at the “third floor and rising”, even though rain, snow and bad soil conditions had impacted the construction schedule.

The steel structure that will house the telescope should be complete by late next year, while at the same time full factory testing of the LSST’s compact and extra-stiff mount that allows a smooth slewing action over a wide range should be in progress.

Three-mirror optical system
Outlining the current status of the near-$700 million project, Kahn said that good progress was being made on several fronts, with the 8.4 meter diameter primary and 5.0 meter diameter tertiary mirrors of the modified Paul-Baker three-mirror optical system already completed. According to Gressler, those giant components are now in storage at Tucson airport in Arizona.

The 3.5 meter diameter secondary mirror is also close to completion, while the LSST’s giant 3.2 gigapixel sensor – comprising 189 4k x 4k CCDs arranged in a focal plane array – is under development. UK-based e2v technologies and the University of Arizona’s Imaging Technology Laboratory are both working on the sensors.

Described by Kahn as a “very complex beast”, the LSST camera is set to catalog a mind-boggling number of night-sky objects. During the decadal survey it is expected to capture images of some 37 billion distant phenomena, including 20 billion galaxies and 17 billion stars.

On top of that as many as 10 million variable or transient objects, including near-Earth-orbiting asteroids and comets, will be detected in the form of a "motion picture" every night.

Citizen science
With 15 terabytes of data expected to be produced each night and quickly shared among the astronomical community and the wider world, the computing demands will be colossal: LSST will require a peta-scale supercomputer to crunch out the details and deliver a total 200 petabyte set of images and data products during the project.

Kahn also highlighted the LSST’s anticipated major impact in education and outreach, with plans for extensive “citizen science” interactions as the datasets are released for open-source consumption and analysis.

LSST has been allocated a maximum $473 million budget for the telescope and main facility construction, plus another $168 million for its camera. The project has also raised some $40 million in private support, including a $10 million donation from Bill Gates.

“This is a world-unique facility that will make fundamental advances,” Kahn wrapped up in Edinburgh, with colleague Gressler pointing out that the project was now actively hiring scientists, engineers and managers, and adding: “LSST is coming soon.”

Originally, first light for LSST had been scheduled for 2014. Following developmental delays, it subsequently received federal support to start construction in August of that year.