Two spectrometers, based on UK-wide collaboration, to analyze light transmitted from the atmospheres of distant worlds. 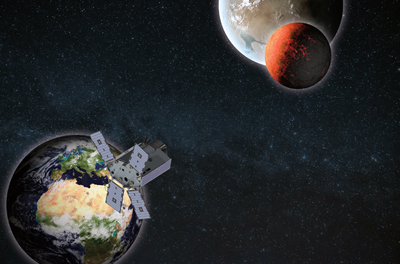 The final frontier? Artist’s impression of the Twinkle spacecraft.

Twinkle, an independent mission to reveal the story of planets in our galaxy, has completed a key preliminary design milestone. The results of the payload study demonstrate that Twinkle’s instruments will be able to achieve the mission’s science objectives: Twinkle’s two spectrometers will analyse light transmitted from the atmospheres of exoplanets in order to derive new insights.

Dr Giorgio Savini of University College London, Twinkle’s Payload Lead, responsible for the study, said, “We aim to perform ground-breaking astronomy with a small satellite and off-the-shelf components. The information on the exoplanet atmospheres shows up as a variation of one part in 10,000 of the overall light emitted by the host star. We can now demonstrate that Twinkle has the agility, stability and sensitivity required to separate this light, analyse the spectra and allow us to extract information on the gases present.”

The Twinkle spacecraft will be constructed by Surrey Satellite Technology, and will carry a payload of less than 100kg including the scientific instrumentation, electronics, a cooling system and a fine guidance system.

Berend Winter of the UCL Mullard Space Science Laboratory, responsible for mechanical design, commented, “Building any instrumentation to go into space is difficult because the extreme temperatures on the sunlit and shadowed sides cause materials to expand and contract. For Twinkle, where precision optics are key to the mission’s success, this is a particular engineering challenge. The instruments also need to be cooled so that the detectors measure radiation from the planet, rather than emissions from the satellite itself. 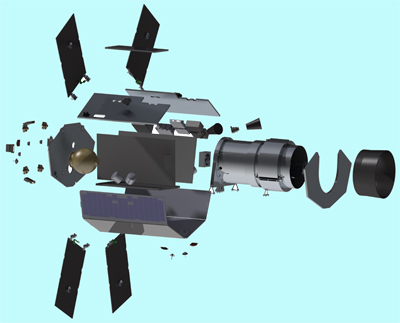 Twinkle will collect light from its target planetary systems using a telescope based on a modified telescope system, called RALCAM4, developed by STFC’s RAL Space facility for Earth observation. Behind a 50cm-class primary mirror, a series of small mirrors will fold the light to fit the space limitations. To compensate for the small movements of Twinkle during science observations, a steerable “tip-tilt” mirror will focus a steady beam of incoming light into the science instrument package. The light will be filtered to remove unwanted wavelengths and divided into inputs for the two spectrometers.

Twinkle’s infrared spectrometer is optimised for studying atmospheric features in bright exoplanets, such as “hot-Jupiters” and “super-Earths” orbiting close to their star. These features include the spectral fingerprints of water vapour, carbon dioxide, methane, ammonia, hydrogen cyanide, hydrogen sulphide, as well as exotic metallic compounds such as titanium monoxide, vanadium monoxide and silicon oxide. The infrared spectrometer has been designed by STFC’s UK Astronomy Technology Centre and takes on board design heritage from the James Webb Space Telescope’s MIRI infrared instrument.

“A critical driver for Twinkle is to use technology that has already been proven for use in orbit,” said Keith Barnes of Leonardo-Finmeccanica, which is contributing the detectors for the infrared spectrometer. “Leonardo has supplied infrared detectors for space and astronomy programmes over a period of 40 years, for organisations including the European Space Agency, European Southern Observatory and DLR the German Space agency.”

Visible and near-infrared light will be analysed using the Exoplanet Light Visible Spectrometer (ELVIS), a modified version of the UVIS instrument carried by the ExoMars Trace Gas Orbiter that was launched to Mars in March 2016. ELVIS, which will be built by the UK’s Open University, will allow Twinkle to monitor stellar variability in the exoplanet systems and to detect signs of cloud cover.

“Visible light can be blocked by clouds when an exoplanet passes in front of a star, and is strongly reflected by cloud tops when the planet starts to go into eclipse behind the planet. The inclusion of ELVIS will allow Twinkle to study weather and climate for some of the largest, brightest exoplanets in its target sample,” explained Dr Manish Patel, who led development of UVIS at the Open University. “By optimising the wavelength range of the detectors, using an alternative diffraction grating and making a few minor changes to the electronics, we now have an exciting opportunity to reuse the technology that we have developed for ExoMars.” 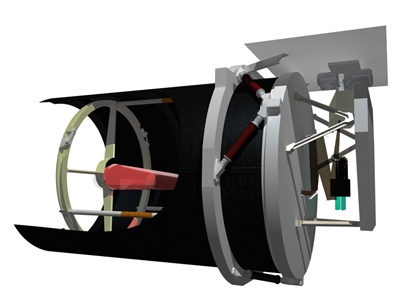 The performance of the suite of instruments on the Twinkle spacecraft have been tested using the Twinkle Instrument and Platform Simulator, ExoSim, developed by Cardiff University. “The simulations show that Twinkle will be able to deliver high-resolution spectra for 100 to 150 hot, bright exoplanets.

"Currently, we know almost nothing about these planets beyond their mass, size and distance to their star, so Twinkle will give us completely new insights into what they are made of and how they have evolved,” said Dr Enzo Pascale of Cardiff University, Twinkle’s Instrument Scientist.

Although Twinkle’s instruments will not be able to produce full spectra for planets at habitable temperatures, the ExoSim simulations suggest that Twinkle may be able to contribute to the search for small, rocky planets by flagging up potentially interesting targets for further study.

“For targets close to Earth where the conditions are right, ExoSim suggests that we will be able to obtain a handful of data points in the infrared light for small, rocky planets. This means that as well as delivering the spectral signatures of bright exoplanets, Twinkle can also help identify targets of interest for further observation by larger telescopes in the future,” said Prof Giovanna Tinetti of UCL, Twinkle’s Science Lead.