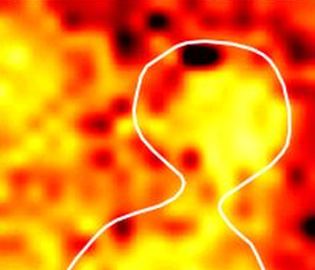 The ability to employ a single laser source in more than one microscopy modality has obvious theoretical advantages, but in practice is tricky to achieve effectively.

A team at Yale University has now designed a laser system in which a vertical-external-cavity surface-emitting-laser (VECSEL) can be switched between high-coherence and low-coherence operation, potentially allowing two distinct bioimaging techniques to be brought to bear on a sample from the same laser source.

The breakthrough, published in Optica, represents a relatively simple way to control the coherence, and does so without disturbing the alignment and power of the output beam.

"Coherence switching has been achieved in the past by, for example, increasing the spatial coherence of a LED or a thermal source by filtering, although this greatly reduces the total energy," commented Hui Cao of Yale University Applied Physics Laboratory.

"Alternatively it has been shown that the temporal coherence of a VCSEL can be reduced by a rapid sweeping of the injection current, but the output power is then too low for many biomedical imaging applications. Our method allows coherence switching with little power loss."

The Yale device employs an innately degenerate laser cavity - one which normally distributes the VECSEL's output power among a large number of mutually incoherent spatial modes - but exploits a method developed jointly by Yale University and Israel's Weizmann Institute of Science to tune that coherence, by introducing a pinhole in the Fourier plane of the cavity.

The presence of a pinhole effectively controls the smallest numerical aperture (NA) of the elements inside the laser cavity, which is in turn directly related to the number of transverse modes it supports. Decreasing the size of the pinhole reduces the NA and filters out the higher spatial frequencies, but without sacrificing the effective gain area of the source or the output energy. In the system described in Optica, the team used a 80-micron diameter pinhole, moved in and out of the cavity with a positioning accuracy of 1.5 microns.

"We first demonstrated the tuning of spatial coherence in a solid-state degenerate laser in collaboration with Nir Davidson and Asher Friesem at Weizmann Institute of Science, in a laser that was flash-lamp pumped and operated in the pulsed mode with a low repetition rate," said Cao. "But significant reductions in size and cost were needed to make it suitable for clinic applications. We then found a commercially available VECSEL that allowed us to achieve electrical pumping and continuous-wave emission in a more suitable system. The availability of new high-power VECSELs is one reason why the time is now right for applying this new technique to clinical research."

Speckle on, speckle off
One bioimaging phenomenon inherently connected to coherence is speckle - optical artifacts ultimately created by a high degree of spatial coherence in a laser's output.

Although speckle can be a headache in bioimaging applications intended to capture a crisp image, it is turned to good use in dedicated techniques like speckle contrast imaging, which uses the fluctuations in signal intensity to provide information about parameters such as blood flow under the surface of tissues.

The Yale project could allow the two distinct imaging modalities to use the same laser source, by having it emit in a high-coherence mode for techniques where speckle is desirable, and then changing to a lower coherence output for speckle-free results. It would effectively mean that a single imaging system could provide both structural and functional information, where two separate sources would previously have been needed.

Tadpole embryos provided the team's initial target: low-coherence images showed the structure of the embryo's heart and how it changes during a heart beat, while switching over to high coherence allowed measurement of blood flow through the heart using laser speckle contrast imaging.

"Two coauthors of our paper, Michael Choma and Mustafa Khokha from Yale School of Medicine, have for several years used imaging to study congenital heart disease genes in animal models, aiming to understand a human gene by altering the analogous gene in tadpoles," commented Cao. "New genetic tools are revealing many new human genes that may be involved in congenital heart disease, but there is a big need to study the biology of these genes in small animal models that can be easily manipulated."

Careful thermal management and more precise alignment of the external cavity should allow the performance of the new source to be improved even further. The team is also working on a way to speed up the rate at which coherence switching is carried out, by replacing the pinhole with a suitably fast spatial light modulator and allowing acquisition of images with and without speckle to be alternated at high speed.

Not all potential uses require that kind of faster switching, though, and the system offers promise in several clinical applications already thanks to its compact and inexpensive construction.

"I do not see any fundamental disadvantage for clinical suitability," said Cao. "All the optics and the VECSEL are commercially available off-the-shelf components, and we do not predict any serious translational hurdles. I expect the entire laser system can be packed into a small tube that can be hand-held or mounted on a microscope."