Biolase hooks up with IPG on dental lasers 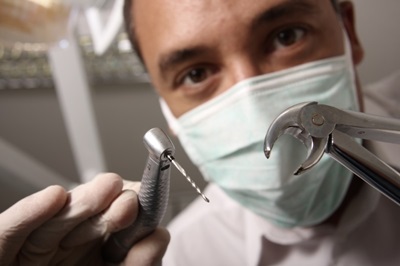 Fiber laser pioneer IPG Photonics is joining forces with Biolase to help develop a new set of products for the dentistry market.

IPG Medical and Biolase say that they already have several projects at various stages of development, and are expecting to jointly commercialize dental laser products, accessories and system components.

“The [two] parties will collaborate in the design and development of these new products and applications, with each party contributing their respective technological expertise, know-how, and development resources,” they stated.

Biolase, which is recovering from a tumultuous period of boardroom wrangling that culminated with the resignation of its colorful ex-CEO and part-time fashion impresario Federico Pignatelli back in August 2014, is a dental laser specialist. It will be responsible for US and international registrations of all dental products resulting from the agreement.

In addition, it has secured exclusive worldwide commercial distribution rights for certain products over a multi-year initial term following their development.

Harold Flynn was appointed Biolase CEO in July 2015. He said: “We are extremely fortunate to partner with IPG, the world leader in fiber laser technology.

“This partnership brings with it significant opportunity to advance our product designs and our supply chain, ultimately to provide a broader, deeper and more capable portfolio of laser-based solutions to dental practitioners globally.”

Laser drill replacement
Rather than fiber lasers, Biolase has traditionally relied on its “Waterlase” technology, which combines a water jet with a solid-state laser based on erbium- and chromium-doped crystals. The systems can be used instead of a traditional drill to cut hard and soft tissues.

The company also offers a pair of diode laser products, named EPIC and iLase, which are targeted at soft-tissue applications and more cosmetic procedures like tooth whitening. Both use 940 nm semiconductor laser emitters.

Since the protracted, acrimonious and disruptive split with its former CEO, the new Biolase management team has been seeking to restore its fortunes, although business has continued to be somewhat rocky.

For the first nine months of 2015, the Irvine, California, company posted a net loss of $18 million on revenues of only $34 million. Flynn and his team recently implemented a restructuring to try to stem those losses, with the measures expected to trim costs by $2.4 million per year.

On the plus side, the CEO recently reported a sharp increase in sales of diode systems, while in November the utility of the Waterlase was extended to include peri-implantitis, a condition where tissue surrounding implants becomes inflamed.

Strategic fit
Gregory Altshuler, president of the IPG Medical division, said that the Biolase partnership represented a good fit with IPG’s wider strategy, and would help the company to build its medical application business.

IPG’s sales of fiber lasers have expanded rapidly over the past few years as the company has both exploited its first-mover advantage with the technology and driven down costs relentlessly.

While the vast majority of that success has come from industrial applications of lasers and cutting and welding of metals in particular, the company is keen to expand on that base and has described a raft of other applications – including paint-stripping, drilling for oil and even ice-breaking – in which its lasers have been trialed.

It is not the only major laser company to be working on dental applications, however. Rival Coherent has developed a novel 9.3 micron carbon dioxide laser (which uses the oxygen-18 isotope) for partner Convergent Dental.

Convergent’s “Solea” system, said to offer pain-free cutting through tooth enamel without the need for anaesthetic, has since been short-listed for a Prism Award at next month’s SPIE Photonics West event in San Francisco.