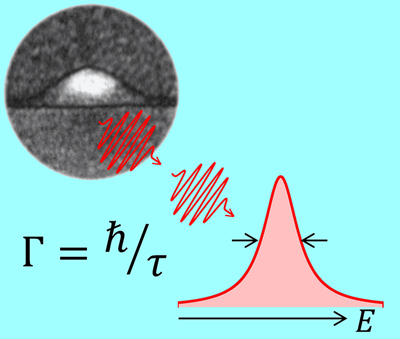 With the help of a semiconductor quantum dot, physicists at the University of Basel. Switzerland, have developed a new type of light source that emits single photons. For the first time, the researchers have managed to create a stream of identical photons. They have reported their findings in Nature Communications together with colleagues from Germany's University of Bochum.

A single-photon source never emits two or more photons at the same time. Single photons are important in the field of quantum information technology where, for example, they are used in quantum computers.

Alongside the brightness and robustness of the light source, the indistinguishability of the photons is especially crucial. In particular, this means that all photons must be the same color. Creating such a source of identical single photons has proven very difficult in the past.

However, quantum dots made of semiconductor materials are offering new hope. A quantum dot is a collection of a few hundred thousand atoms that can form itself into a semiconductor under certain conditions. Single electrons can be captured in these quantum dots and locked into a very small area. An individual photon is emitted when an engineered quantum state collapses.

A team of scientists led by Dr. Andreas Kuhlmann and Prof. Richard J. Warburton from the University of Basel have already shown in past publications that the indistinguishability of the photons is reduced by the fluctuating nuclear spin of the quantum dot atoms. For the first time ever, the scientists have managed to control the nuclear spin to such an extent that even photons sent out at very large intervals are the same color.

Quantum cryptography and quantum communication are two potential areas of application for single-photon sources. These technologies could make it possible to perform calculations that are far beyond the capabilities of today's computers. The study was supported by the QSIT - Quantum Science and Technology National Center of Competence in Research, of which the University of Basel is the co-leading house.

The Nature Communications paper concludes: We report transform-limited optical linewidths from a single semiconductor quantum dot even when measured on second timescales on both X0 and X1−. Generally speaking, controlling spin noise is key to operating a quantum dot-based spin qubit The same factor turns out also to be a key feature in creating a quantum dot-based high-fidelity single-photon source."