University of Central Florida receives $5.87 million for work on sources and optical fibers. 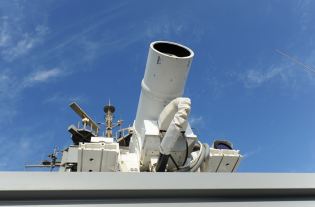 The US Air Force Office of Scientific Research (AFOSR) has awarded a contract worth $5.87 million to a team at the University of Central Florida (UCF) for development of high-power fiber lasers, said to be one the largest awards made by the office to a single university for work on the topic.

Optics researcher Martin Richardson and his group at UCF's Townes Laser Institute will undertake research on fiber lasers and optical fibers under the contract alongside similar programs at the UK's University of Southampton and at the Friedrich Schiller University in Jena, Germany.

Commenting on the award, Richardson said: "We need to redesign the fiber from a simple communications fiber to one that is able to withstand the high power we want to generate."

Fiber lasers are attractive for several potential industrial and defense applications, and the US Air Force has already made several contract awards in support of both the sources and related technologies.

A grant of just over $870,000 was made to the UCF in 2014 for the purchase of a new lathe for advanced fiber fabrication.

"These investments go a long way toward establishing UCF as a leading academic institution for the development of high-power fiber lasers," Richardson said of the recent awards.

• The US Department of Defense (DOD) has identified high-power fiber lasers as a key technology for future combat across the services, although a recent report from the Center for a New American Security (CNAS) think-tank suggested that a new approach to the development of directed-energy weapons was called for.

CNAS recommended a more cohesive strategic program to develop and deploy lasers and other directed-energy weapons, rather than the current and more disparate project-led approach. It also identified a need for a DOD champion to take the lead.

The 33-kilowatt Laser Weapon System continues to be developed after its recent demonstration aboard the USS Ponce by the US Navy, a service which the CNAS report points out has centralized responsibility for directed-energy weapons to a single office.