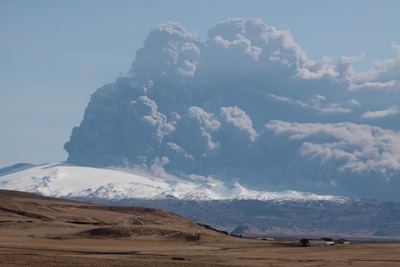 Athens-based Raymetrics has begun installing a network of ten particle-sensing light detection and ranging (lidar) systems across the UK, as part of an effort to minimize any disruption to air traffic caused by future volcanic eruptions.

The firm, whose laser-based systems have been used by atmospheric researchers all around the world, began selling lidar equipment back in 2002. It completed the first installation for the UK’s Meteorological Office at a remote weather station in Camborne, Cornwall, in late 2014, and the new network is expected to become operational in early 2016.

“This information will support improved forecasts on the dispersion of ash to enable decision-makers in the aviation sector to take action to ensure the safety of travellers and minimize any potential disruption,” said the Met Office.

Originally announced back in April 2014, the lidar network will help to produce more detailed forecasts of the movement of volcanic ash clouds. More specifically, it will provide measurements to the London Volcanic Ash Advisory Center (VAAC), one of nine such centers worldwide that can together monitor the impact of eruptions across the globe.

The London VAAC is responsible for providing advice on the likely dispersion of ash clouds resulting from eruptions originating in Iceland and the North East Atlantic, and the addition of a lidar network will complement other measurements made by satellites and aircraft fitted with specialist monitoring equipment.

Minimizing disruption
Although the Met Office already operates an existing network of around 40 ground-based ceilometers, that system was designed to measure cloud heights and is not able to provide information on the concentration of ash in a volcanic plume as it disperses.

Knowing those concentrations is critical, because it will allow commercial aircraft to fly safely through parts of the plume with less ash, and avoid the total shut-down of airspace that was enforced when Iceland’s Eyjafjallajökull volcano erupted in April 2010.

UK aviation minister Robert Goodwill said: "This new equipment, funded by the Department for Transport, will allow the UK's Met Office to track ash clouds more easily and predict how they might spread more accurately. That could play a big part in minimizing disruption to flights during any future incident."

Initially, the Met Office decided to procure 11 three-channel lidar systems – each featuring dual-polarized plus Raman capability - to provide the more detailed information. They will all be co-located with sun-photometers when deployed around the UK, with the combination of techniques able to estimate the mass concentration of the aerosol cloud.

According to the Met Office, the dual-polarized capability allows discrimination between 'angular' particles, like volcanic ash and ice crystals, and 'spherical' particles, such as boundary-layer dust and water droplets. In the future, the Raman channel should provide more detailed insight into the chemistry of the detected aerosols.

Last year, Raymetrics said that it had attracted backing from a new investor in the form of the Elikonos JEREMIE S.C.A. SICAR fund, while the company also moved to a new facility in the Metamorfosis district of Athens to help meet growing demand for its lidar systems.

In May, it also signed a deal to provide the German Weather Service with one of its "LR111-D300" mobile lidar systems, also used by the UK Met Office. It is based around a high-energy (50 mJ) pulsed laser emitting at 355 nm, features a large (300 mm) telescope and has a quoted range of 14 km at night and 12 km during the day.