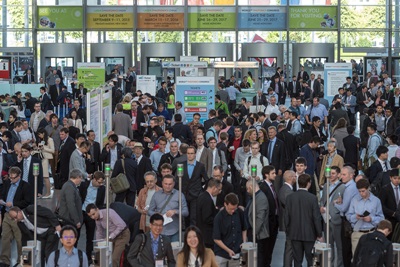 by Mike Hatcher in Munich
Collaborators on a European project to develop a handheld photoacoustic (PA) imaging probe for early diagnosis of diseases including skin cancer and rheumatoid arthritis are gearing up for clinical trials with a prototype system.

Speaking at the LASER World of Photonics event taking place this week in Munich, Germany, three members of the EC-funded “FULLPHASE” team detailed how recent advances in computing power and laser diode technology now make it possible to shrink the size and cost of more conventional PA systems dramatically.

The market for PA imaging is in its infancy, and current systems from the likes of VisualSonics and Seno Medical Instruments are based around relatively large solid-state lasers to provide the required combination of peak power, wavelength and short pulse duration. But this means that the systems will only really be suitable for use in hospitals and research laboratories.

What the FULLPHASE team is attempting to develop is a device that packs all the necessary laser, optics and ultrasonic transducer hardware, as well as the required signal and image processing power, into a handheld probe about the same size as those used in portable ultrasound equipment.

But he added that a multi-modal and portable ultrasound and photoacoustic imaging system promised to deliver a powerful new diagnostic tool capable of fusing the speed and utility of conventional ultrasound scanners with the functional power and molecular specificity of PA imaging.

“The goal is to create a portable, point-of-care photoacoustic imaging system,” he said, adding that clinical trials had started this year, with a need to generate feedback from clinicians to further optimize the system.

Triple-junction laser diodes
Much of the laser and optics development is close to completion, thanks largely to the efforts of project partner Quantel. Andreas Kohl from the Paris-listed firm described how the team had taken on the challenge of shrinking the size of a PA system by using state-of-the-art laser diodes provided by Germany’s Osram Opto Semiconductors.

The two key questions, Kohl told delegates, were how to make the probe so small, and how to make it efficient enough to use without generating too much heat.

With requirements of at least 1 mJ pulse energy and a pulse duration of only 100 nanoseconds, the peak power translates to 10 kW, and that represents a lot of heat to dissipate.

Conventional laser diode bars, diode drivers and cables were unable to deliver the combination of power and low electrical losses needed. But thanks to novel high-power triple-junction laser chips from Osram OS and a completely new driver design from France-based project partner Brightloop that provided a Gaussian-shaped power profile, Kohl and colleagues were able to pack 1.5 mJ of energy into pulses lasting just 120 nanoseconds, at an electrical efficiency of 30 per cent.

They have since improved that by incorporating four different laser stacks emitting at different wavelengths to produce 4 mJ of total pulse energy, something that ought to yield better sensitivity and deeper imaging capability from a probe the same size.

Brands added that the four different lasers, which all emit in the 800-1000 nm range, are useful for imaging different tissue types, and believes that the setup should be capable of imaging to a depth of 15 mm.

Processing power
The different wavelengths only add to the image and signal processing complexities, but Brands also hailed the development of new integrated logic and graphics cards from Nvidia as a critical development that would effectively add “supercomputer” power to the probes once they are fully embedded.

With 18 months still to run for the FULLPHASE project, the focus will now be on those clinical trials and refining the handheld system in response to clinicians’ feedback, with expectations of subsequent commercialization in what looks like a good fit for the Horizon2020 public-private partnership innovation model.

And although even full-sized conventional PA remains in the very early stages of commercialization right now, with Samsung having entered the market for point-of-care ultrasound systems within the past two years, and Japanese giant Canon also working with Kyoto University on a photoacoustic mammography system, there is likely to be significant industrial interest in a portable probe capable of delivering real-time functional imaging.

Wiendelt Steenbergen, chair of biomedical imaging at the University of Twente in The Netherlands and another FULLPHASE collaborator to speak in Munich, said that the ability to image new blood vessels indicating the early stages of rheumatoid arthritis or cancer could become huge applications.