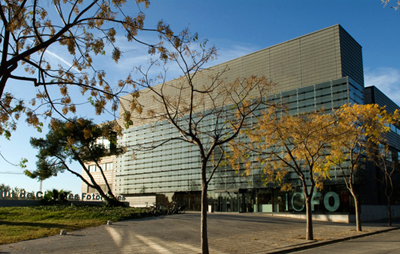 Institute of Photonics Sciences (ICFO) is a founding research center of Catalonia's BIST.

Six of the leading research centers in Catalonia, Spain, have integrated their previous collaborations into a new research organization called The Barcelona Institute of Science and Technology.

The Barcelona Institute is a new scientific initiative which is intended to foster interdisciplinary research and to position itself among the leading European high-tech research and development institutions. At the end of June, the Board of Trustees of the Barcelona Institute, convened for the first time in Barcelona, chaired by Prof. Rolf Tarrach, with Jaume Giró, CEO of la Caixa Foundation as Vice-Chairman.

Following the model of renowned international centers such as Caltech in California and the Weizmann Institute in Israel, the Barcelona Institute of Science and Technology stated it is aiming to be “an initiative promoted by the directors of the six centers, which together form the Institute, as well as five preeminent international scientists”.

Professor Rolf Tarrach, chair of the Barcelona Institute, commented, “It is time for the Catalan research community to move forward by consolidating the collaboration between these centers jointly operating in this new institution, which will allow us to launch more transversal scientific projects and to achieve greater international competitiveness.” 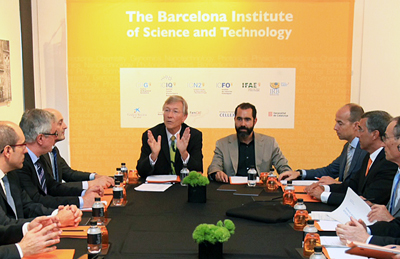 The six research centers that comprise the Barcelona Institute will continue their own individual activities while simultaneously participating in the joint undertakings that are expected to “boost their individual potential”, the Institute stated.

The Barcelona Institute’s launch statement says the organization now ranks as the fourth European institute in terms of the number of European Research Council grants received on the basis of number of researchers; the six centers were collectively awarded 49 ERC grants between 2007 and 2014, more than 1% of the total in Europe. “With respect to the publication index, the centers that together form the Barcelona Institute published 144 articles in Nature and Science journals between 2008 and 2012.

The Barcelona Institute will start its combined activities in September 2015 with a director who will be appointed “in the coming weeks”, who will be responsible for promoting three major lines of work, which will encompass: