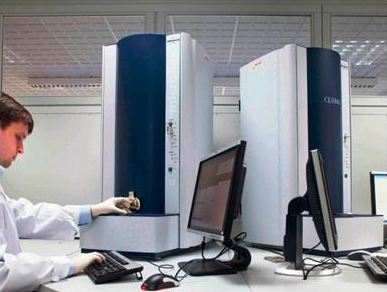 At the 25th European Congress of Clinical Microbiology and Infectious Diseases, in Copenhagen, Denmark, scientific instrument maker Bruker this week announced the introduction of the MALDI Biotypersmart, a high-throughput addition to its range of benchtop MALDI-TOF mass spectrometry systems designed for microbiology laboratories.

The MBTsmart is IVD-CE-labeled (meeting EU directive EC/98/79), and integrated with the latest IVD MALDI Sepsityper workflow for rapid microbial identification from positive blood cultures. The spectrometer is fitted with Bruker’s Smartbeam solid-state laser, which increases laser lifetime by an order of magnitude, the company says, adding: “This makes the Smartbeam laser essentially a lifetime laser for most microbiology applications today.”

Smartbeam is a Bruker-proprietary laser technology, which combines the higher speed and lifetime of a solid-state laser with the analytical MALDI performance of a nitrogen laser. The MALDI Biotypersmart also features a more than three times higher laser repetition rate for even shorter time-to-result. It also enables higher throughput during peak demand times in the clinical microbiology laboratory.

The higher speed and longer lifetime make the MBTsmart future-proof, says Bruker, “by providing the higher throughput that will be beneficial to implement additional workflows”. It enables research applications such as sub-typing or the emerging range of Bruker-proprietary Selective Testing of Antibiotic Resistance (MBSTAR) assays, which use the MALDI Biotyper platform for functional resistance testing of bacteria. Bruker adds that such investigations, with QC comparisons, will require "an order of magnitude more laser shots than conventional identification".

Dr. Edwin Boel, consultant microbiologist at University Medical Center Utrecht, Netherlands, explained: “We have been using the MALDI Biotyper system for microbial identification in our routine laboratory for years. But we also envision additional workflows like direct analysis from positive blood cultures, and MALDI Biotyper-based selective testing of antibiotic resistance. We are convinced that MALDI-TOF mass spectrometry will have a broader impact on microbiology laboratories in the future.”

In a related devlopment, Electro Scientific Industries, a developer of laser-based manufacturing solutions for micromachining, has launched its NWRimage system, designed for investigating elemental binding and transport within living cells. The NWRimage system is claimed to be the first elemental imaging-specific laser ablation instrument of its kind, “offering breakthrough sub-micron spatial resolution and ultra-fast signal response for high throughput rates,” says ESI.

Laser ablation systems such as NWRimage are typically used in conjunction with Inductively Coupled Plasma Mass Spectrometry (ICP-MS) systems to detect and analyze tiny amounts of material. As ICP-MS systems have become more sensitive, a need has emerged for LA imaging tools with <1µmi spatial resolution – a capability not previously available on the market, ESI says. Instead, researchers have previously had to use a general-purpose LA systems that may fail to provide the correct beam characteristics or signal response and lack long-term reliability.

To address these shortcomings, the NWRimage has been designed from scratch specifically as an advanced elemental imaging solution. It uses a proprietary laser beam delivery system to yield sub-micron spatial resolution providing analysts with the tools they need to distinguish features at the sub-cellular level. It incorporates an ESI-manufactured Diode Pumped Solid State laser source for long-term reliability; "over the course of millions of laser shots," the company says.

Some early NWRimage units have been delivered to BAM (Bundesanstalt für Materialforschung und –prüfung) in Berlin, Germany, a leading global research institute in this field, where it will be used for bio-imaging of single cells and medical tissue samples.

“For this application we needed increased sensitivity and significantly shortened analysis time for extended thin sections of tissues or biopsy samples,” said Dr. Norbert Jakubowski of BAM. “By increasing the repetition rate [by a factor of 10 compared to conventional systems], we expect that the NWRimage will increase our sample throughput from one or two samples per day to up to 10 samples per day without compromising our detection power.”