Stock price up sharply on news that a US customer will buy at least 15 extreme ultraviolet lithography tools. 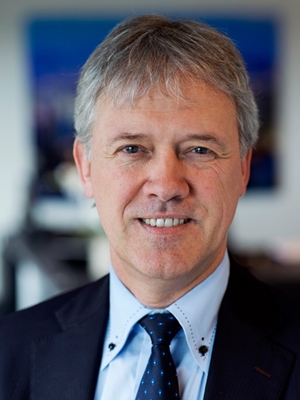 ASML has revealed that one of its major chip-manufacturing customers has placed an order for 15 extreme ultraviolet (EUV) lithography systems, including two that are set to be delivered before the end of this year.

Coming in the month that marks the 50th anniversary of Moore’s law, the news represents a vote of confidence in EUV, and in the potential for the technology to extend the march of semiconductor device scaling over the coming decade.

It also sent ASML’s stock up by more than 10 per cent in value, adding some $4 billion to a market capitalization that was already close to record highs.

ASML’s CEO Peter Wennink said in a statement announcing that the customer agreement had been signed:

"EUV is now approaching volume introduction. Long-term EUV planning and EUV ecosystem preparation is greatly supported by this commitment to EUV, kick-starting a new round of innovation in the semiconductor industry. The commitment extends the planning horizon and increases the confidence in EUV.”

ASML added: “The customer intends to use EUV lithography for multiple processing steps in future process technology nodes. The delivery of the first two NXE:3350B EUV systems is expected before the end of 2015. The new systems will be in addition to the existing EUV development systems already at the customer.”

And although the company did not reveal which of its US customers had placed the order, it does appear likely to be a manufacturer of logic devices, since they are expected to adopt EUV processes before makers of memory chips.

Performance and production ramp
When speaking to investors at ASML’s quarterly financial update last week, Wennink reported no EUV systems sales, but indicated a growing confidence among customers that the technology – beset by delays and difficulties – would be able to deliver the advances in chip scaling needed at production volumes:

“Regarding EUV, we continue to demonstrate real progress against our targets in source power and system availability, which are the two key components of our wafer-per-day program,” claimed the CEO.

He also said that one customer had now hit ASML’s 2015 target of 1,000 wafers per day. In general, a throughput of 1500 wafers per day is thought to be needed for EUV to be considered economical.

Wennink added: “The first two orders for our fourth-generation NXE:3350 EUV tools are in our backlog. Output planning has the first system shipping mid-year with a new high-power drive laser system and in-situ collector cleaning capability.

“Meanwhile, we are having extensive discussions and making good progress with several customers on the sale of additional systems in 2015 and beyond.”

Before the latest update, Wennink had said that ASML was planning to ship 12 EUV systems during 2016, before ramping up to 24 systems in 2017 and 48 in 2018 as the technology becomes more widely applied.

Responding to an investor question, the CEO added that logic device manufacturers would be the first to put EUV into pilot production, with memory device makers likely to follow suit about a year later. “We’re engaging in discussions with customers across all sectors,” he said.

As well as the smaller feature sizes possible with EUV, the new systems should lead to much shorter processing cycle times – because with more conventional lithography systems the only way to create such small features would be to use multiple patterning steps, with as many as ten passes required.

With each production-level EUV lithography system set to sell for upwards of $100 million (more than the cost of a typical Airbus A320 aircraft), the success – or otherwise - of the technology in full operation is set to have a huge impact on ASML’s future business.

And the financial markets reacted very positively to news of the 15-system order, sending ASML’s stock price up 12 per cent and close to a record high for the Veldhoven, Netherlands, company.