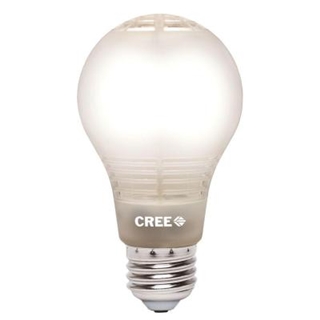 US-based LED lighting specialist Cree has reported a 98 per cent fall in net income for its latest financial quarter, as the North Carolina company burned through its older LED product inventory at a faster rate than anticipated.

At $410 million, sales were up slightly from the equivalent period last year – despite delays to commercial sales in the northeastern US caused by the recent extreme weather there – but Cree posted a net income of just $0.7 million, down from $28.2 million a year ago.

CEO Chuck Swoboda told an investor conference call: “The margin declines were due to a number of factors, but the common driver was the impact of inventory reductions in LEDs and lighting. While we planned to reduce inventory, we burned $33 million or 10 per cent of inventory in the quarter, which is faster than expected and resulted in a larger margin impact than targeted.”

He also pointed to a less profitable mix of sales caused by the weather-related delays to commercial sales, as well as a higher proportion of LED bulb sales, which command a lower profit margin because of the highly competitive bulb market.

Swoboda said that despite the impact of the inventory reduction on the company’s profit margins in the latest quarter, it was the sensible course of action. He said: “We believe it is the prudent choice and in line with our strategy to continue to innovate and rapidly bring new products to market to meet the evolving demands of our customers.”

Litigation costs
Also adding to costs in the near term is the company’s decision to file a complaint with the US International Trade Commission, in which it accuses China-based rival Feit Electric and Taiwan’s Unity Opto of false advertising.

“We’ve got to get through this litigation phase, which is a pretty expensive choice, but we knew that when we started it,” said the CEO. “If we’re going to make an investment in intellectual property, then we need to work to make sure we get paid for it.”

Critical to the forthcoming batch of high-performance LED lighting products is Cree’s latest “SC5” technology platform, and part of the thinking behind the recent inventory clear-out is to get new products based on the more advanced manufacturing process into the hands of its customers more quickly.

Swoboda explained: “We are getting ready for SC5 to start ramping up and going into production volume as we get into the next quarter, and so think it’s a good time for us to lean out the channel a little bit and put ourselves in a position for the new products.”

LED competition
Looking back over the past 12 months, the CEO added: “It has been a challenging transition for our LED business over the last year, but we continue to see signs that our demand has stabilized.”

For the current quarter, Swoboda is expecting strong demand for lighting products, coupled with stable LED sales, to drive revenues up to somewhere between $420 million and $440 million.

“We’ve continued to lead the market by driving LED adoption and have grown our LED lighting business to create a nearly $1 billion lighting company, while managing the market challenges in LED components,” concluded the CEO.

“Although the LED components market is likely to remain very competitive over the next year, we believe we are well positioned for the growth in our lighting business to drive overall growth in the company.”

• Despite that optimism, the lower-than-expected profit margins that Cree reported appeared to weigh on the company’s stock price. In pre-market trading after the financial update, it was down 4 per cent at around $34, meaning that Cree’s market value has now halved since early 2014.