Workforce set to be cut by up to 10% amid lack of demand for KLA’s extreme UV lithography mask inspection tool. 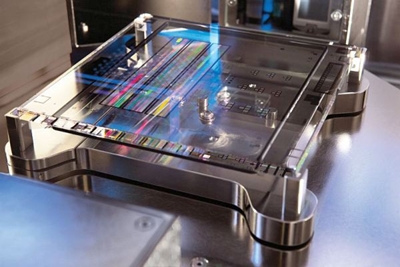 KLA-Tencor, the US-headquartered supplier of metrology tools to the semiconductor industry – and a major purchaser of lasers – is to cut its global workforce by as much as 10 per cent in response to slow uptake of new wafer inspection equipment for extreme ultraviolet (EUV) lithography.

The Milpitas, California, company said initially that it was “streamlining its organization and business processes” in response to changing customer requirements, but in an investor call to discuss KLA’s latest financial results CEO Rick Wallace was more specific.

“We need to work closely with the customers to make sure that the demand is there and the commitment is there, because right now the uncertainty around the timing of high-volume EUV makes this a very different kind of question in terms of the investment profile,” he said in response to a question about the market for EUV mask inspection tools.

KLA has been developing an “actinic” inspection tool for EUV photomasks, where the same wavelength is used to both probe for defects and to subsequently produce the tiny patterns that make up ICs on semiconductor wafers. That approach is seen as technologically superior to alternatives but, because it requires an EUV source, is highly complex.

“Remember we built that tool and there is not a market for it, there is no other application for it,” Wallace pointed out. “It can only be used for one thing, which is to inspect EUV masks. And if you build [an] advanced wafer inspection tool, it really only matters [if] the people are making wafers. It doesn't really matter [which] technology they are making it with.

“For that reason we're coupled to our customers on this and talking closely with them about their needs, and we'll develop in conjunction with them as we go forward. But, to date, we have not seen compelling interest on their part to want to make that commitment.”

Conflicting signals
Wallace suggested that there were only two possible reasons why the company was not feeling a market pull for its actinic inspection tool.

One is that the semiconductor industry feels that it can go forward into the EUV era without these specific tools, and by using other inspection kit. The second possible reason is that there is no high-volume EUV production.

Reporting KLA’s financial results just a couple of days after ASML said that it had received a 15-system order for EUV lithography equipment, Wallace said: “As an industry, we’re certainly a long way from knowing the answer to that. Hopefully there will be, [as it is] in everyone's best interest.”

A 10 per cent cut to KLA’s headcount would equate to around 600 lost jobs around the world. Aside from the EUV measures, reductions are expected as the company consolidates the customer-facing elements of the business and tries to better integrate its research and product introduction efforts.

The cutbacks come despite what looked like a solid enough quarter for the company, with revenues for the quarter ending March 31 up 9 per cent sequentially at $738 million. The firm also posted a net income of $132 million, up from only $20 million in the closing calendar quarter of 2014.

And although both sales and income were down compared with this time last year, the semiconductor industry’s move towards manufacturing three-dimensional integrated circuits known as “FinFETs”, coupled with increasing adoption of multi-patterning lithography (in some cases in place of EUV) are seen as positive technology transitions.

Overall, Wallace is still expecting 2015 to be one of “solid demand” for semiconductor capital equipment, despite what he described as “conflicting signals and uncertainty” about the precise magnitude of investments that key chip manufacturers are set to make for leading-edge processes like FinFET production and, eventually, EUV.

“Over the consolidated customer base, [and with] demand for leading-edge logic and foundry limited to one or two large customers in the initial phases of a new [technology] node, we have come to accept a higher degree of volatility and quarterly demand and shorter lead times,” Wallace told investors, adding that the resulting low visibility was now “just part of our industry”.