Laser sales up solidly at GSI

Carbon dioxide and fiber lasers each contribute to a 7% increase in revenues in US firm’s latest fiscal year. 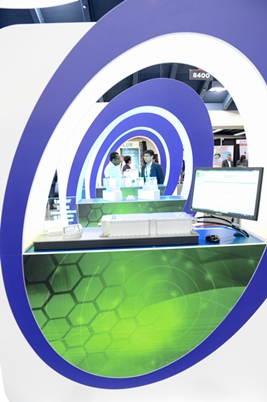 The laser products division of GSI Group has reported a solid increase in its sales for 2014, with revenues growing 6.7 per cent over the 2013 figure to $177.7 million.

Despite GSI’s strategic move into medical technologies over the past couple of years, the laser division remains its largest in terms of revenues. And although the general trend is strongly towards using fiber lasers for industrial applications, CEO John Roush told an investor call to discuss the latest quarterly results that the company was seeing strong demand for carbon dioxide sources.

GSI’s fiber laser activity remains small in comparison to the likes of IPG Photonics and Rofin-Sinar, but Roush reported that the sub-division was now operating profitably, with sales up 50 per cent on 2013.

“The current management team has done a strong job of ramping up the business while selectively pursuing the right growth opportunities for us in this increasingly competitive space,” the CEO said.

The increase in revenues for GSI's laser division also came in spite of the sale of its "Continuum" scientific laser brand to France-based Amplitude for $6.5 million in July last year.

Laser Quantum income boost
GSI also holds a substantial equity position in Laser Quantum – owning 41 per cent of the UK-headquartered business as of December 31. According to GSI’s latest 10-K annual filing with the US Securities & Exchange Commission (SEC), in 2014 Laser Quantum delivered a net income of $6.6 million on annual sales of $23 million – both figures up strongly on 2013.

That provided GSI with an additional $1 million of income in the closing quarter of the year, helping to offset the net loss of $34.2 million that the US firm posted for the same period. However, that quarterly loss figure includes a $41.4 million non-cash charge relating to the acquisition of medical displays company NDS Surgical Imaging back in January 2013.

Meanwhile GSI’s precision motion division, which includes the MicroE and Westwind brands (Cambridge Technology is part of GSI's laser products business)*, generated $64.8 million in revenues during 2014, up nearly 8 per cent on 2013. That increase was driven primarily by stronger sales of optical encoders, Roush reported, highlighting applications in 3D scanning and robotics.

GSI has just completed the $30 million cash acquisition of California-based Applimotion, which Roush says fits closely with its optical encoder activities. “In many cases, Applimotion products are used by the same customers in the same applications as our optical encoders,” he said.

Overall, the company is expecting to post another solid increase in annual revenues this year, and is targeting a figure of $380 million after taking into account the negative effects of recent changes in currency exchange rates.

“I am very pleased with our strong finish to 2014,” Roush said. “By leveraging the success of our productivity initiatives and investing in new products for both advanced industrial and medical applications, we believe we are well positioned to deliver profitable revenue growth in 2015.”

GSI's Nasdaq-listed stock appeared relatively unmoved by the latest update, with the company maintaining a market capitalization of around$420 million.

* Corrected (11th March): the original article stated that Cambridge Technology is part of GSI's precision motion business unit, whereas it is in fact part of the company's laser products division.