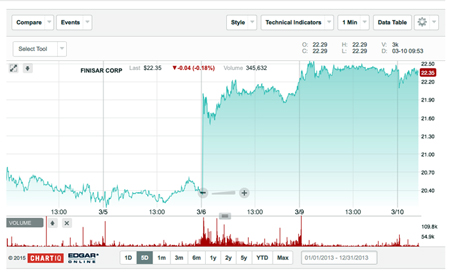 Finisar, Sunnyvale, CA, USA, a developer of systems and components for fiber optic communications, has announced on March 5 2015 an upturn in business performance during its third quarter of fiscal 2015, which ended January 25.

Jerry Rawls, the company’s Executive Chairman, said, “Revenues for our third fiscal quarter were $306.3m, up $9.3m over the prior quarter. Growth was primarily driven by the demand for 40 and 100 gigabit transceivers for datacom applications, as well as transceivers for wireless applications."

Eitan Gertel, Finisar's Chief Executive Officer added, “Although our gross margins declined primarily as a result of our annual telecom price reductions and low yields on a new optical engine product, we have significantly reduced our operating expenses, lowering the impact on earnings." 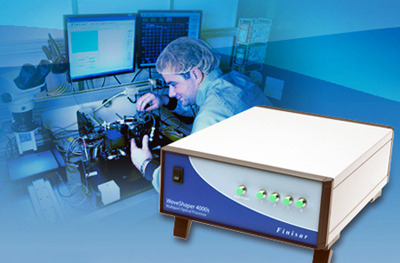 On the up: Finisar has a broad optical systems portfolio.

Capital expenditures are expected to be approximately $35m in Q4, primarily driven by the continued construction of the second building in Finisar’s Wuxi, China factory. Adzema commented, “We expect the second building to be completed by the end of the fourth quarter and we expect to have all remaining volume manufacturing move from Shanghai to Wuxi and requalified with the customers by the end of our second quarter of fiscal 2016.”

Asked by an analyst about the frequently-discussed issue of consolidation in the optical telecoms supply industry and whether Finisar would like to make a strategic acquisition to expand its portfolio or reduce competition, Jerry Rawls, Executive Chairman, commented, “Any consolidation move could accomplish any one of those things or multiple of them. The more of the factors that could make a positive contribution through some acquisition, would makes it more attractive, and could mean there is more value there.”