US acquisition will create "market leading" position, with further deals and products imminent. 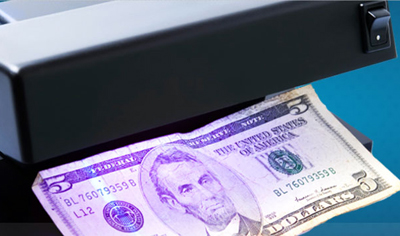 Established in 2004, Nitek has developed technology needed to manufacture "deep" UV LEDs in a high-volume process, which, when integrated with SETi’s technology will create what SETi is calling, “the highest performance LEDs at the industry’s lowest cost.”

Emmanuel Lakios, President and CEO of SETi, said, “This acquisition increases our DUV EPI capacity, while also bringing in additional technology to reduce our costs. The net result is that it will allow us to reduce the adoption time of cost-sensitive, volume markets such as water and air disinfection.”

As part of the Nitek transaction, SETi also becomes the exclusive distributor for Seoul Viosys’ UVA LEDs in North America, now offering a complete range of UV LEDs spanning the spectrum from UVA to UVC.

SETi plans to integrate its 308nm LED manufacturing process, which emits up to 2mW of UVB power at 20mA drive current, into a new high-power light source aiming to deliver over 400mW of optical power. The company expects this performance and associated price/performance improvements will make SETi LEDs an attractive solution for UVB dermatology treatments.

PSI is a phototherapy company that produces and distributes the Psoria‐Light phototherapy system. The PL 1000 uses targeted high dosage UV LEDs with both cost and safety benefits similar to a conventional excimer laser. Lakios commented, “Improvements have been made to power, lifetime and price/performance indicators of our other 230nm to 340nm LED sources. Of particular market demand is our germicidal 275nm LED.” 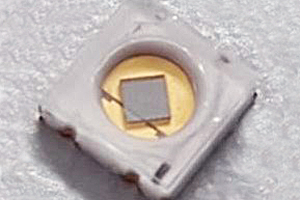 SETi believes that along with its increase in wafer capacity, the recent acquisition of Nitek, and strategic relationship with Seoul Viosys, that the company “will experience high adoption rates in 2016”.

SETi has added to its SMD family to meet the needs of customers seeking high power from a small footprint. The new LED product has a wavelength centered at 275nm and delivers 30mW of optical power at 350mA and 10mW at 100mA. It has been developed for applications such as water sterilization, medical, analytical instrumentation and biochemical analysis. The new product, called SS35DF227513, is now available for sampling and in high volumes.