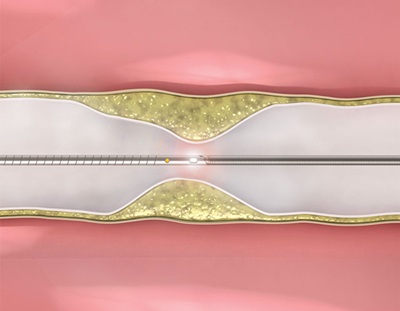 Opsens, the Canada-based producer of fiber-optic sensors, is aiming to raise C$5 million in a new public offering of shares on the Toronto Stock Exchange.

News of the offering comes shortly after the Quebec-based firm announced plans to move into a new facility as it looked to ramp production in early 2016.

Opsens says that it is selling around 5.7 million stock "units" in co-operation with lead agent Paradigm Capital, as well as RBC Capital Markets and M Partners, Inc. The cash is set to be used to "prepare the commercialization and marketing strategy" of its fiber-optic pressure sensor products used in conjunction with cardiovascular surgery.

Aiming to become a key player in the fractional flow reserve (FFR) guidewire market, Opsens says it has put together a plan to commercialize those products. FFR is a technique used in advance of cardiovascular surgery, where it senses pressure differences across coronary arteries to check whether they have become narrowed.

“To respond to the expected uptick in demand, Opsens will move into an expanded state-of-the-art facility to accommodate the growing workforce and equipment needed to ramp up production at the beginning of 2016,” announced the firm.

Its “OptoWire” optical coherence tomography product is designed to diagnose the severity of coronary narrowing and to guide treatments such angioplasty, where a stent is inserted to keep key blood flowing freely through affected arteries.

The new “OptoWire II” is currently under regulatory review in several markets, while clearance has recently been gained in Europe and Japan. “The OptoWire II is the version Opsens will market on a large scale,” says the company, with CEO Louis Laflamme adding:

“Our actions and our progress will help us drive our sales activities. We are confident that the OptoWire’s distinctive features will allow Opsens to capitalize on the fast-growing FFR market.”

Progress in the US and Japan
Evidence of that growing demand arrived as recently as last week, with the receipt of a C$1.2 million order for FFR sensors to be used in Japan. “The receipt of these orders, during the limited market release phase for the single territory of Japan, is a very good sign,” Laflamme noted.

News of the order followed shortly after Opsens had received clearance to sell Optowire II in Japan. Similar approval in the US, where the Optowire technology was recently used for the very first time on patients in California, is anticipated shortly.

Claude Belleville, VP of medical devices at Opsens, commented: “Shonin [Japanese regulatory] approval for the OptoWire II was a highly rigorous process as our product, which is intended to be inserted into the human body, near the heart, was scrutinized in-depth to insure patient safety.”

He added: “We have to credit the excellent work of our Japanese partner and of Opsens’ team for this speedy receipt.”

According to Opsens, the market for FFR devices was already worth US$300 million in 2014, a figure that is expected to grow to more than US$1 billion in what it called the “medium term”.

Aside from FFR Opsens also targets industrial applications, announcing in early 2015 an order worth more than $1 million with what it says is one of the world’s largest mining companies, for an application at a large copper mine in South America.