IYL to close with film festival in Mexico 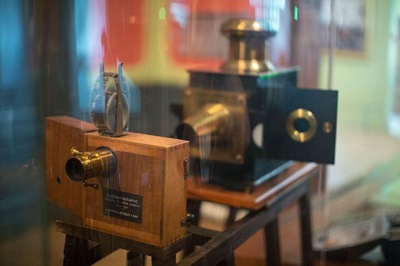 The official closing ceremony for the International Year of Light and Light-based Technologies (IYL) is to feature a special film festival to showcase videos and documentaries related to the year-long event.

Organizers of the three-day ceremony, which takes place 4-6 February in Mérida, Mexico, are now accepting entries for the IYL 2015 Film Festival – and the deadline for submissions is Tuesday December 15.

Submitted films can be any length, so long as they were produced to celebrate the IYL or fit the themes and goals of the UNESCO-backed event. Those interested in submitting a film need to fill in this form, providing either a direct link to the video or a URL for downloading, as well as a 200-word synopsis.

In Algeria, the University of Guelma organized a day dedicated to light and optical telecommunications in partnership with the Ibn Al-Haytham International Working Group and the Optical and Photonics Algerian Society (OPALS).

IYL 2015 coincides with the 1000-year anniversary of Al-Haytham’s seminal Book of Optics, and the Egyptian scholar is widely regarded as making huge contributions to the early study of optical phenomena.

At the University of Guelma event speakers including Mourad Zghal, chairman of the Tunisian Optical Society, and Badr-Eddine Benkelfat from Institut Mines-Télécom, Télécom SudParis-France, are said to have covered topics ranging from supercontinuum sources to very high bit-rate optical transmission systems.

Since then, the IYL has moved on to Cameroon, with celebrations organized by a local SPIE student chapter, while the School of Physics at the National University of Ireland (NUI) Galway celebrated with its “PhotonicSplash” event in mid-November.

Galway’s Tissue Optics and Microcirculation Imaging (TOMI) research group – headed up by Martin Leahy – is a partner in the European Commission’s GoPhoton! initiative, and has recently developed photonics-related apps for android devices including a heart rate monitor and embarrassment detector.

Earlier in November the Puerto Rico Photonics Institute (PRPI), based at Universidad Metropolitana in San Juan, organized the Photonics, Medicine and Environment Symposium with speakers including Bahaa Saleh, dean of the College of Optics and Photonics at the University of Central Florida (CREOL) and Heidy Sierra from the Memorial Sloan-Kettering Cancer Center in New York.

#IYL2015 event in Cameroon with amazing commitment from @spietweets chapter. The "I" in IYL is international! https://t.co/XyRRYqCRrY

Coming up in the IYL schedule before the closing ceremony in Mexico are hundreds more events across the globe, including next week’s Australian and New Zealand Conference on Optics and Photonics, which is taking place in Adelaide.

Among the events in December are an exhibition of IYL-related photographs taking place in Iran, the Photonics Middle East conference in the Qatari capital Doha, and the National Laser Symposium in Indore, India.

For the full run-down of forthcoming events, visit the dedicated IYL 2015 page.