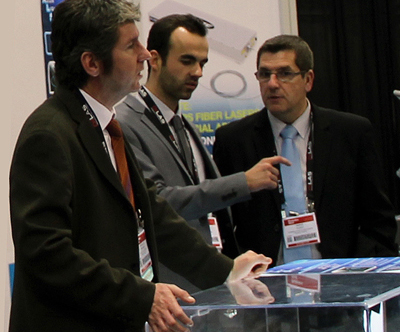 The Route des Lasers (RdL), a photonics cluster located around Bordeaux, France, has announced that three newly-created advanced technology firms have joined up: Moria Lase, Irisiome and Spark Lasers have recently launched photonics activities in the Aquitaine region. And a fourth company, FemtoEasy, focused on ultra-fast metrology, is to join in January 2016.

Hervé Floch, general manager of the Route des Lasers, commented, “The arrival of Moria Lase, Irisiome, Spark Lasers and soon FemtoEasy reflect Aquitaine’s strength in the photonic and optics sector. We are excited about the potential and growth opportunities of our new cluster members targeting medical applications and other emerging photonics markets.”

Moria Lase, a subsidiary of the Moria group, specializes in manufacturing medico-surgical and dental material based on using pulsed IR-laser technology. Led by François Salin, former chairman of Eolite Lasers and the Center for Intense Lasers and Applications, Moria Lase has opened an R&D center at the Institut d’Optique near Bordeaux.

Irisiome also works in the medical field. Its founder, Romain Royon, developed a laser system at CELIA, which can be tuned to certain wavelengths that are principally suited to applications in dermatology. Irisiome won the i-Lab Emerging Companies award in 2014 and the i-Lab Creation-Development award in 2015.

FemtoEasy is a spin-off of the CELIA laboratory in Bordeaux, which has strong expertise in high-energy ultra-short pulses production and metrology. The company brings new advantages to ultra high-energy laser systems. 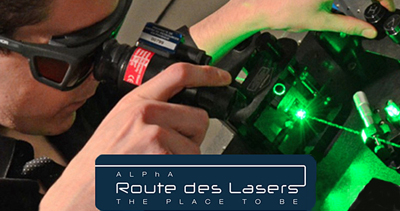 About the Route de Lasers

The Route des Lasers is a cluster for photonics companies located in the Bordeaux region (Aquitaine), France. Bordeaux has become one of Europe’s highest concentrations of scientific expertise in photonics. This includes the development of one of the two largest laser facilities in the world: the Laser Megajoule (LMJ). It also hosts the Petawatt Aquitaine Laser (PETAL), inaugurated in September 2015.

Founded in 2005, the Route des Lasers actively supports firms in their development by alleviating logistical constraints. This support allows firms to focus on their clients’ needs and meeting the demands of the international market. RdL has 160 members, including 117 companies, mainly SMEs. It has attracted 58 new companies including 30 that have relocated to its industrial parks. It has helped launch 28 startups, created more than 1,500 direct new jobs and generated up to 6,500 indirect positions.

Aquitaine has one of Europe’s highest concentrations of scientific expertise in photonics, which represents 15% of the national turnover in photonics, according to French government study of the photonics market in France in 2014. It holds the number one spot for the French region with the highest budget dedicated to research and innovation.