Hyperspectral drones see 'down to the grape'

Winemaking and the emergency services are just two of the many sectors beginning to benefit from the combination of optics and UAVs. 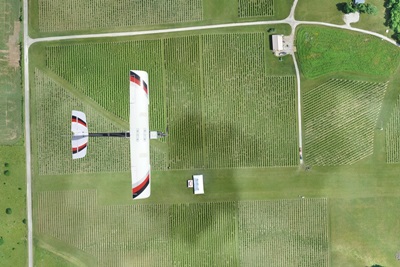 The word itself might conjure up images of remote military operations and modern warfare, but drones – more formally referred to as unmanned aerial vehicles (UAVs) - are capable of many civilian applications.

And they are increasingly being deployed in combination with state-of-the-art photonics technology for a variety of innovative agricultural uses.

For example, the US company Precision Hawk has seen its UAV technology employed in a variety of plant research, crop-protection and crop-production applications - initially in the wine industry, where it was modified to resemble a hawk to scare away pest birds while collecting sensing data useful to vineyard owners. Now it is finding use in a variety of other sectors, including forestry, land-surveying, insurance, and the energy industry.

Less than one meter from nose to tail, and running on completely silent brushless electric motors, the aircraft automatically computes its own flight paths, survey parameters and take-off and landing paths, as well as other vital information.

"Once the survey is complete, the on-board computers will automatically connect to Wi-Fi networks and transfer all remote-sensing data, flight information and diagnostics to remote servers," says Ernest Earon, founder and president of Precision Hawk.

"Users are never required to manually generate or plot mission paths or build flight-plans based on weather conditions. Instead, the aircraft will automatically adapt to its current conditions," he adds.

"Several variants of this sensor are available to provide varying resolutions and radiometric calibrations, and they are best utilized in heat-signature detection, livestock detection, surveillance and security, water temperature detection, and water source identification and emergency response," says Earon. 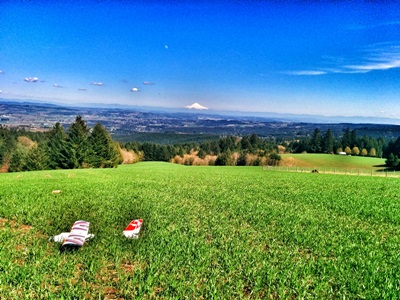 All on-board equipment is operated by a so-called “Aerial Agricultural Artificial Intelligence System”, which also handles all relevant flight and data-related decisions. According to Earon, this system is the main reason behind the drones' ability to secure sub-1 cm per pixel image resolution, which he claims is a market-leading figure.

"[I]ndustry stakeholders are using our solutions for applications such as identifying disease and insects, uncovering nutrient deficiencies and comparing crop genetics to enable increased yields with fewer resources," he says.

According to Earon, the various emergency services are also “very ripe” for this type of innovation. In March this year, the company was called out to Oso, Washington, in the wake of the devastating landslide that buried dozens of houses and other buildings near the small town. Its data processes were used in conjunction with UAVs to build 3D terrain reconstructions that will assist in the rebuilding process and future safety monitoring of the area.

"Applications like this one allow aerial vehicles to provide a very valuable service in a moment that requires timeliness and a rapid turnaround," he says.

"Agriculture seems to be the largest drone-ready market, so right now we definitely consider agriculture applications [including] crop-scouting, crop health and vigor, weed-identification, irrigation and water distribution ahead of others," says Roger Sollenberger, editorial director at the firm's Austin, Texas, offices.

"These tools have potential applications for all kinds of fields, including search and rescue, species and habitat protection, site survey, industrial inspection, infrastructure, civil engineering, even archaeology," he adds.

Although currently under development, Sollenberger reveals that the company will eventually offer a modular aerial survey platform available in both helicopter and fixed-wing models. It will come bundled with a high-resolution camera and cloud-based image processing software and be readily adapted for the acquisition of hyperspectral, IR/NIR and visual data.

"It all depends on the camera you want to use, as long as it shoots at intervals,” Sollenberger said. “Our hardware will be bundled with a camera as well as post-processing software, which will automatically stitch images together to produce a map or 3D model. It will also have 1 cm resolution, letting you see down to the grape."

"The camera captures geo-referenced images at intervals as the drone flies. The drone lands itself, and you can then upload your images to the post-processing software, which spits out a hi-res map or model.”

Near-IR data useful
Sollenberger explains that the near-infrared imagery is particularly useful for farmers, largely because it makes it easier to see, measure, and analyze plant reflectivity.

Looking ahead, Sollenberger says that UAV companies must still be careful in terms of managing expectations in the agricultural community - and he warns farmers against cultivating the impression that anybody can simply buy a drone, send it up in the air and get all the information they need. 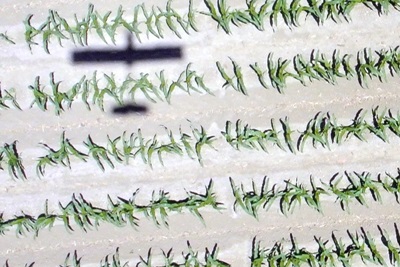 Despite this, he is confident that the technology has proved itself, and for the first time is now available at a reasonable and consumer-friendly price. One significant issue does remain, however:

"The other challenge is the legality of commercial use. We’d like to see Federal Aviation Administration (FAA) regulations as soon as possible, so that we can continue to innovate and help our customers and prospective customers get what they need as quickly as we can.”