Rosetta's UV spectrometer 'up and running' 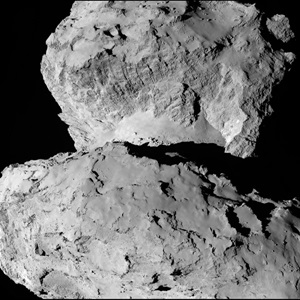 by Henry Tipping
The ultraviolet spectrometer on board the decade-long Rosetta space mission, which arrived at its target comet last week, is up and running and set to help identify a suitable landing site for the Philae module to touch down on later this year.

“ALICE” is a miniaturized UV imaging spectrometer built and operated by the Boulder, Colorado, division of the Southwest Research Institute (SwRI). One of 11 scientific instruments on board the Rosetta orbiter, it will help determine the composition of the comet’s atmosphere, map its surface and study the fine dust particles that it releases.

The first UV spectrometer to examine a comet close-up, ALICE weighs less than 4 kilograms and can produce high-resolution and sensitive responses while drawing only 4 Watts of power.

The SwRI team has been anticipating the critical analysis period of the mission since Rosetta was launched in May 2004. Deputy principal investigator Joel Parker said:

“During the long cruise phase, we were able to exercise ALICE and make scientific observations of a couple of distant comets as well as during fly-bys of Earth, Mars and the two asteroids Steins and Lutetia.”

Lander schedule
SwRI confirmed that the instrument is up and running and has started to receive data following Rosetta’s arrival at comet 67P/Churyumov-Gerasimenko. ALICE will begin by looking for carbon dioxide and water on the surface of the comet, and helping to find a suitable site for the Philae landing module, which is due to set down in November.

The UV kit will capture spectra in the extreme and far ultraviolet regions ranging from 70 to 205 nanometers, characterizing the comet’s physical landscape and the composition of its atmosphere.

It is expected to provide a new understanding of the rate at which the water, carbon monoxide and carbon dioxide gas surrounding the nucleus of the comet is produced. It will also measure the amount of argon present, which should yield clues about the temperature of the solar system when the comet's nucleus originally formed – more than 4.6 billion years ago.

Currently in a controlled orbit about 100 km from the comet’s surface, Rosetta will approach to a distance of just 10 km by late September. With the Philae module scheduled to land in November and a “comet escort phase” commencing in December, it is hoped that the next year will yield the most detailed analysis of a comet ever recorded.

The Rosetta orbiter also hosts the OSIRIS (optical, spectroscopic and infrared remote imaging system) instrument, which comprises two cameras to take high-resolution images of the comet’s nucleus, and VIRTIS (visible and infrared thermal imaging spectrometer). Like ALICE, it will identify comet gases and be used to characterize the coma. 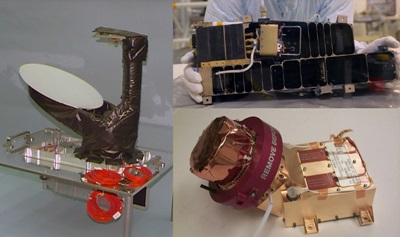 Among the Philae landing module’s instruments are six identical micro-cameras that will collect images of the comet surface and another spectrometer designed to study its composition, texture and reflectivity.

A CCD camera will also obtain high-resolution images during the lander’s descent and stereo panoramic images of the areas sampled by other instruments.