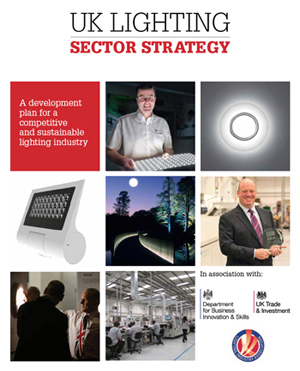 The UK’s Lighting Industry Association (LIA) and UK government have launched a jointly-prepared strategy for the development of the national lighting industry.

“The UK has a number of sector plans for industries such as nuclear power, aeronautics and the motor industry so it is gratifying that the government recognizes the potential of the lighting industry,” said Peter Hunt, COO of the LIA, “not only to help this sector meet energy reduction targets but create jobs, growth and exports.”

The LIA has worked closely with the Department of Business, Innovation and Skills in helping to draft this strategy and included valuable input from a wide variety of stakeholders in the lighting world culminating in a document outlining a roadmap to 2030.

Michael Fallon, Minister for both Business and Energy said, “The lighting sector strategy maps out the future of the industry and points to the partnership between industry and government showing how the industry is likely to evolve and what needs to be done further to help make it a success globally.”

LIA’s Hunt added, “The preparation of this document is just the very beginning but the hard work starts now in turning this strategy into deliverable actions both from the industry and government. We have the support of government but the success of this strategy will depend on the buy-in from industry to make it work.”

The LIA’s full market report, which can be downloaded from the association’s website gives some detail and analysis of the global market, including the following points:

Demand for lighting fixtures in 2013 was £72bn ($120 bn) and sales of LED products are predicted to grow 20 per cent year-on-year through to 2025. Currently, the UK supply chain supports 1,700 companies across a diverse lighting sector and is worth £2.3bn to the economy. The UK is home to more than 140 lighting design practices that specify lighting for mainly overseas projects and which present a unique opportunity for lighting manufacturers to access global markets. 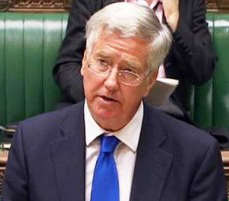 Investment The UK is the leading destination for foreign direct investment into the European Union, with a growing proportion coming in high technology sectors. With the significant expertise in design and manufacturing, combined with policy and a business-friendly environment, the UK lighting industry offers significant investment opportunities to businesses through collaboration and direct investment.

Power The UK lighting industry’s products consume around 18% of all electricity generated in the UK. Therefore, says the report, implementing good quality, smart lighting controls and energy efficient lighting could reduce this consumption by enough to remove the need to build two new power stations in the future.

Benefits Introducing the report, Michael Fallon comments, “With the latest technology, it is now not only possible to conserve energy but we also have the opportunity to both reduce maintenance costs and to improve the quality of every aspect of the lit environment. By adopting improved lighting systems, the UK has the opportunity to reduce the cost of energy consumption, and thus CO2 production, thereby helping to meet the government’s target of reducing greenhouse gas emissions by at least 80 per cent by 2050. 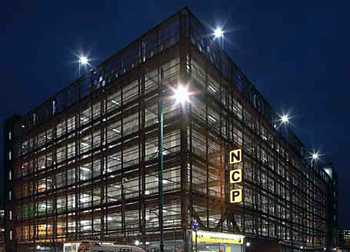 Parking lights: NCP is upgrading multiple sites across the UK.

Expected to be the largest project of its type in the UK in 2014, the lighting upgrade is financed through energy cost savings over time, giving NCP what it is calling, “a modernized and energy-efficient portfolio of car parking sites at no upfront cost.”

The project involves retrofitting more than 70,000 LED luminaires in NCP multi-storey car parks in the first six months. This is to be followed by a further 35,000 luminaires in environments such as station car parks and local authority sites. By relighting 45,000 car parking spaces NCP expects to cut its greenhouse gas emissions by 11,000 tonnes a year and to save more than 65% of the energy those car parks consume.

The largest single deployment of LED lights in Britain, the project underlines the growth and speed with which LED lighting technology is now being used by households, government and companies. Car parks are lit for long periods, often 24 hours a day, all year round, and benefit enormously from low-energy, low maintenance lighting solutions such as LEDs and lighting controls.

The first phase of the NCP project is funded in partnership with the UK Energy Efficiency Investments Fund, managed by Sustainable Development Capital and funded by the UK Green Investment Bank. It was the first transport infrastructure project to qualify for the government’s UK Guarantee scheme in 2013, which will provide up to £40bn to help important infrastructure projects raise finance.

Following is a video describing the LIA report: