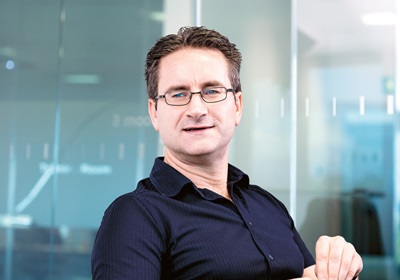 Imaging and spectroscopy firm Andor Technology has promoted former director of engineering Gary Wilmot to head up the company as its new managing director. Wilmot replaces Conor Walsh, who will step down officially on May 1.

The leadership change follows Oxford Instruments’ £176 million acquisition of Belfast-based Andor, which was completed in February. Walsh departs after 12 years at the company, starting out as its finance director and company secretary and as its CEO for the past seven years.

Since joining the firm in 2007, Wilmot is said to have trebled the size of Andor’s engineering team, leading the development of new scientific imaging products. Recent highlights have included the “Neo” high-performance CMOS camera, which in 2012 was shortlisted for the UK Royal Academy of Engineering’s MacRobert Award.

A graduate of Queen’s University in Belfast, the institution from which Andor was spun out back in 1989, Wilmot has subsequently obtained an MSc from the Cranfield Institute and an MBA from the Warwick Business School.

In a company statement he said, “Under Conor’s stewardship, Andor has become a globally successful company, and I am honored and proud to follow him in leading such a dedicated team on the next step of our journey.”

Andor’s profitability increased sharply under Walsh, while its annual sales and number of employees both more than doubled – partly thanks to a series of small-company acquisitions - culminating in the Oxford deal.

“We all thank Conor for his commitment to Andor and wish him every success,” Wilmot added. “This is an exciting time as we continue our integration into Oxford Instruments. Our focus remains on our strategy for growth through the development of new products and I look forward to a successful future for our business.”

Meanwhile Andor is actively recruiting for a number of other senior positions, including finance director and for a new head of engineering.