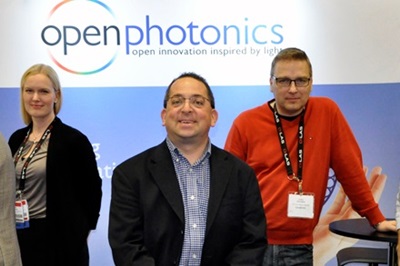 Open Photonics, the “technology acceleration” company started up by former Ocean Optics CTO Jason Eichenholz, has become an official partner to the Qualcomm Foundation XPRIZE – the global competition to develop a handheld diagnostic device like the “Tricorder” that featured in Star Trek.

Orlando-based Open Photonics is set to serve as a resource for competing teams, helping to match them with relevant photonics expertise and technological innovation. At the moment there are nearly 300 teams from 35 countries set to compete for the $10 million XPRIZE.

The aim of the competition is to stimulate the development of a simple but precise and reliable handheld wireless device that is capable of diagnosing a set of 15 diseases, by measuring key health indicators such as blood pressure, respiration rate, body temperature and so on.

“It is possible that more than one-third of the key diagnostic measurements required as part of the guidelines required for the Qualcomm Tricorder XPRIZE can be made using light,” says Eichenholz.

“We can not only offer innovative photonic solutions to [XPRIZE] teams but can also offer to help them accelerate the integration of optical sensing approaches that are both smaller than conventional measurement techniques and increase diagnostic accuracy.” 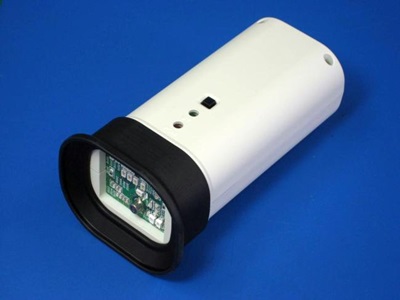 Visualant’s 'Cyclops'
One company to have already developed a relevant technology is Visualant, whose “ChromaID” system is based on measuring the reflectance from a series of LEDs emitting at different wavelengths.

The company’s “Cyclops” scanner incorporates no fewer than 32 LEDs and four photodiodes, yielding a spectral “fingerprint” with thousands of data points that can be used to identify solid, liquid or gaseous specimems.

Tom Furness, co-inventor of ChromaID, told optics.org in an interview last month that healthcare diagnostics would be an obvious target application for the technology.

"One of my own particular interests now is using this technology in medical diagnosis; using it to look transcutaneously through the skin and extract information about glucose, cholesterol, free radicals in the blood, and so on,” he said.

The company is also examining ways to incorporate its technology into scanning fiber endoscopes, which could allow ChromaID to diagnose abnormal cells, or to deliver multi-photon therapies.

The XPRIZE competition, which is set to run over the next two years, should see the number of teams involved whittled down to just ten finalists in spring 2014, with a winner set to be selected - following extensive trials - a year later.

Mark Winter, senior director of the Qualcomm Tricorder XPRIZE, is expecting photonics to play a key role in the competition. In the Open Photonics statement on the new partnership, he said:

“We suspect that many extraordinary solutions for the prize may emerge because of the unique relevance of photonics in diagnosing several of the health conditions the competition looks to detect.”