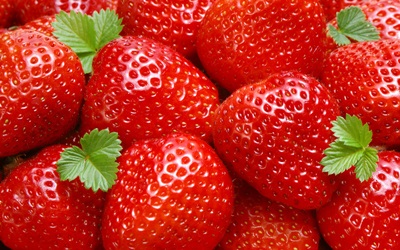 Using ultraviolet LEDs in a domestic refrigerator could extend the shelf life of fruit and vegetables by a factor of two, according to a recent study.

Using UVB (280-305 nm) emitters provided by Sensor Electronic Technology (SETi), a Columbia, South Carolina, company, tests by the US Department of Agriculture (USDA) showed that tubs of strawberries kept in a refrigerator remained free of both mold growth and decay after nine days.

In comparison, strawberries kept in the refrigerator but with no UV illumination showed signs of both mold and decay after only four days, while other tubs illuminated by UVC (<280 nm) light showed no sign of mold but some decay.

Remis Gaska, CEO of the company that he co-founded with Michael Shur in 1999, said of the study results:

“Findings of this exciting program are expected to have a major impact on the appliance business to extend the shelf life and preserve the nutritional value of fresh produce.”

“We look forward to the prospect of UV LEDs in residential refrigerators impacting on everyday life and reducing waste through spoilage,” added Gaska, with SETi aiming to commercialize the novel application.

Antioxidant levels maintained
Exactly how the UV light is able to slow down the decay process remains something of a mystery, with Steven Britz, a research plant physiologist at the Agricultural Research Service of the USDA, saying:

“We are exploring the possibility that the UV effect involves the induction of defense mechanisms in the fruit itself, in addition to inhibition of mold growth, since evidence indicates parts of the UV spectrum retards decay.”

In fact, similar effects have been noted previously in experiments with mercury UV lamps, though they also had the effect of drying out fresh produce. But SETi told optics.org that because the LEDs run cooler than mercury lamps and have a lower UV irradiance, they are able to keep that effect to a minimum.

“We've been working with USDA for three years on using UVB to improve the nutritional value of fruit and vegetables and have successfully shown increased antioxidants in both pre-harvest (i.e. in a greenhouse) and post-harvest (dark, cold storage) of heads of lettuce,” the company added.

“More importantly, we have been able to select the most effective wavelengths for increased antioxidant levels without any negative effects.”

In an application note published on the company’s web site, SETi shows data suggesting that the level of anthocyanins – antioxidant pigment chemicals that give various fruits, vegetables and flowers a characteristic bright-red or purple color – remained stable over the nine-day test period on strawberries.

“Multiple studies have been conducted on lettuce and strawberries, and in all cases levels of polyphenol compounds can be maintained longer when exposed to the UV LEDs,” it adds.