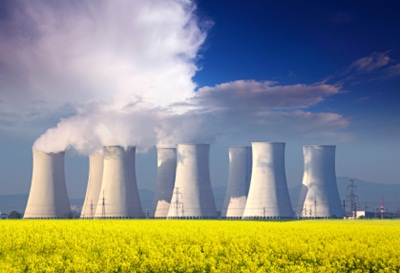 Silex Systems, the Australian company that is pioneering a laser process to separate uranium isotopes, says it has completed the first phase of work that could lead to the technology being deployed for the first time in a full-scale production facility.

Michael Goldsworthy, Silex’s CEO, described the achievement of the “test loop” technology demonstration as “a key step in the commercialization” of the Silex enrichment process. That process is able produce low-enriched uranium suitable for fuel to be used in commercial nuclear reactors.

The latest milestone has triggered a $15 million payment to the firm from GE-Hitachi Global Laser Enrichment (GLE), the company that could eventually build and operate a full-scale laser enrichment facility.

The milestone payment comes less than a year after the US Nuclear Regulatory Commission (NRC) gave the official go-ahead to the project when it issued a license allowing GLE to build the facility.

According to Silex, the second phase of the development project is already under way. “Our teams both in Wilmington, North Carolina and Oak Ridge, Tennessee are now firmly focused on Phase II, which includes the economic and engineering validation and scale-up for the construction of the initial commercial production module for the world’s first laser enrichment plant,” Goldsworthy said in a statement.

The continuing work will include further upgrading and optimization of the Phase I objective, and assuming that GLE does go ahead with the full-scale facility it will represent Phase III. On starting construction of the commercial plant, Silex is set to receive a further $5 million payment, followed by another $15 million if and when the NRC verifies its “construction compliance”.

Business opportunity
In an investor presentation last month, Silex described the laser technique as the “third generation” of uranium enrichment, following on from gas diffusion, which it regards as obsolete, and centrifugal separation.

Aside from the various milestone payments, the Australian company is also set to receive a perpetual royalty if the project does continue to full-scale production. Silex says that GLE is targeting a production capacity of up to six million so-called “separative work units”, or SWUs, at the planned Wilmington plant, and has signed letters of intent with nuclear power utilities Exelon, Entergy and TVA.

The advantages of laser enrichment include better efficiency and also the ability to produce fissile uranium inside a much smaller production facility. While that has cost advantages for the nuclear power industry, it does also raise security and proliferation concerns.

Although precise details of the laser separation process are understandably being kept under wraps, it is believed to rely on the use of Raman shifting of the normal carbon dioxide laser wavelength to 16 µm – suitable for selectively exciting the 235U isotope in uranium hexafluoride.

In its recent investor presentation, Silex also highlights that GLE has submitted a formal expression of interest to the US Department of Energy, proposing a second laser enrichment facility located in Paducah, Kentucky – where uranium is currently separated using gas diffusion.

With 104 nuclear reactors in the US generating nearly one-fifth of the country’s total electricity supply, and more than 20 new plants under consideration, Silex sees a growing opportunity for laser enrichment – despite high-profile moves away from nuclear power in Japan and Germany.

Though it admits that the short-term outlook, in the wake of Fukushima, is negative, the Australian company believes that there will ultimately be a need for more nuclear capacity globally. And with only a small number of new centrifuge enrichment facilities being built, it sees the potential for a uranium supply bottleneck in 5-10 years – and therefore a “great opportunity” for new laser plants.