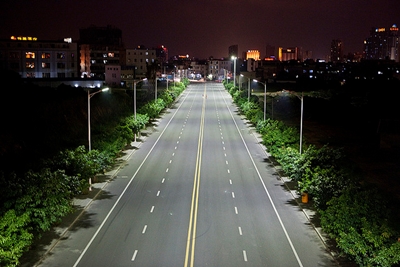 A new report commissioned by the European Commission’s Photonics Unit is recommending a series of policies designed to support the future uptake of “green” photonics technologies across the continent.

Written by five UK-based experts representing a variety of application areas, the Photonics Technologies and Markets for a Low-Carbon Economy report calls for continued support for investment in research and development, combined with the introduction of “near-market” demonstrator programs, an extension of pre-commercial procurement activity and a re-think of subsidies for both photovoltaics and solid-state lighting.

“Photonics technologies support a wide range of industrial activities and can make a large impact on the low-carbon economy, assisting Europe to meet the targets set for 2020,” states the executive summary of the 472-page document.

Aside from the more obvious areas of solar power – the report echoes a previous suggestion from the European Photovoltaics Industry Association (EPIA) and Greenpeace that PV could provide 12% of Europe’s energy by the end of the decade – and solid-state lighting, the report by Optimat’s Iain Weir and co-authors highlights the energy-saving contributions that photonics could make in the fields of communications and manufacturing.

The authors find that the use of energy-efficient lighting and communications could reduce consumption by 40% compared with current technologies, and with lighting responsible for around one-fifth of electricity consumption globally, the potential impact is enormous.

Potential policy interventions
In a section identifying options for policy interventions, the report categorizes four “strategic development themes” for the various photonics applications. Those themes include research, development and innovation funding – with a call for stronger emphasis on manufacturing and commercialization than previous European efforts – as well as subsidized market development, “market re-engineering” to encourage the uptake of new technologies, and efforts to tackle regulations and standards to ensure that they benefit the new technologies.

The authors suggest that the total cost of the recommended interventions would require an investment of more than €500 million, with the majority of that total channeled towards financial support for research, near-market programs and proof-of-concept activities.

With the proposed €80 billion Horizon 2020 budget for innovation coming under pressure in recent discussions between the European Council, Commission and Parliament, there may not be widespread support for such spending on a single technology area.

But the report stresses that tangible benefits ought to be felt by the end of the decade, in the form of an additional €20 billion in photonics industry turnover, half a million extra jobs and a substantial contribution to Europe's clean energy and CO2 emissions targets.

PV jobs
A large chunk of those additional jobs are predicted to be in the area of PV – even though recent history has seen the center of gravity of the solar industry move from Europe to Asia, and many of the jobs with it.

One high-profile casualty of the ongoing solar “shake-out” in Europe is Q-Cells, the German company now owned by Korea’s Hanwha and emblematic of the recent power shift.

Nevertheless, the authors predict that close to 400,000 additional jobs could be created in the European PV industry by 2020 if supportive measures are implemented, along with an extra 115,000 in the lighting and displays sectors. 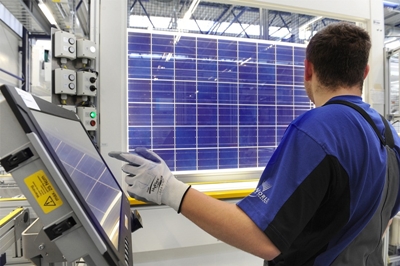 In the field of communications, they highlight the potential impact of the proposed €9.2 billion Digital Agenda investment in broadband infrastructure – calling it an ideal opportunity to bring in a standardized and “future-proof” deployment of optical fiber across Europe.

Acknowledging that there are myriad barriers standing in the way of some of the proposed developments, the report concludes with a series of suggestions for potential interventions that could help.

They include: revising what the report describes as sometimes “perverse” subsidies that help to make compact fluorescent lamps (CFLs) far cheaper than LED technology currently; and raising awareness of the potential for lasers to be used in “clean” manufacturing, by setting up a demonstrator program focusing on the technical and business benefits.

• To view or download the full 472-page report (in .pdf format), visit the Photonics21 web site.