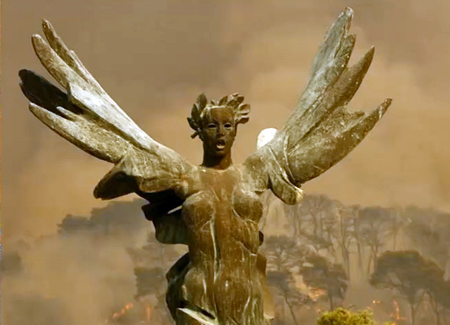 An international group of 10 companies and research institutes has just completed a three-year EU-funded research project to develop a multi-sensor early warning system with the aim of protecting cultural sites at risk of damage or destruction from extreme events, such as wild fires and storms.

The Firesense project has been undertaken by a consortium from Greece, Turkey, Italy, Netherlands, Belgium and Tunisia.

Firesense takes advantage of recent advances in multi-sensor surveillance technologies, using a wireless sensor network capable of monitoring different modalities, such as temperature, as well as optical and infrared cameras, and local weather stations on the deployment site.

The signals collected from these sensors are transmitted to a monitoring center, which employs intelligent computer vision and pattern recognition algorithms as well as data fusion techniques to automatically analyze sensor information. It will be capable of generating automatic warning signals for local authorities whenever a dangerous situation arises, whether fire, storm or other environmental threat.

The Firesense partners worked to develop an automatic early warning system to remotely monitor areas of archaeological and cultural interest from the risk of fire and extreme weather conditions. Since these areas have been treasured and tended for very long periods of time, they are often surrounded by old and valuable vegetation or situated close to forest regions, which exposes them to an increased risk of fire.

Additionally, extreme weather conditions, such as storms and floods, pose great risks for these sites, such as are commonly founded around the Mediteranean Sea, which several of the partner countries border. 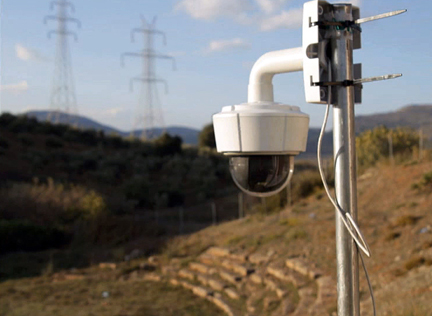 Detecting the starting position of a fire is only the first step in fire fighting. After spotting a wildfire, the system's next focus is estimating the propagation direction and speed in order to help with wildfire management. Firesense provides real-time information about the spread of such fires using wireless sensor network data.

Furthermore, it estimates the propagation of fire based on the fuel model of the area and other parameters such as wind speed, slope, and aspect of the ground surface. Finally, a 3-D Geographic Information System environment provides visualization of the predicted fire propagation.

The village of Olympos, located near the ancient city of Rhodiapolis, in the Antalya region of Turkey, escaped a wild fire, on 2 September 2012. This happened thanks to a Firesense network of cameras coupled to an intelligent video-based smoke detection algorithm, which raised the alarm. In contrast, in August 2007 a disastrous fire in Greece, the birthplace of the Olympic Games was only just saved from forest fires after a three-day firefight that cost 60 lives. At that time there was no such detection system in place.

Besides Rhodiapolis, “the system is currently tested in the Galceti Park, in Italy and in Dodge Hall, located in Bogazici University, Istanbul,” explains Nikos Grammalidis, scientific director of the Firesense project, who is based at The Centre for Research & Technology, Hellas, in Thessaloniki, Greece. He adds that the system has also been tested in the archaeological site of Kabeirion in Thebes, Greece and is currently being installed in the Temple of Water, in Zaghouan, Tunisia. 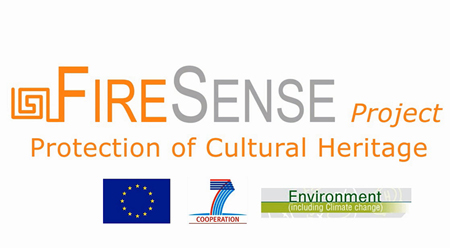 CCTV cameras Fixed CCTV cameras will be used for short range fire and smoke detection or for monitoring especially sensitive places. Video capture cards are installed to process the output of CCTV cameras for smoke and flame detection.

PTZ cameras (Pan-Tilt-Zoom) Whenever there is unusual motion activity or turbulent motion due to flame flicker or smoke motion on the scene, PTZ cameras focus on this motion. The video captured by the cameras will be transmitted to a remote center by a wireless link.

IR Cameras Infrared cameras capture rises in temperature and therefore they are suitable for an early warning fire detection system. Mainly uncooled Long-wavelength infrared (LWIR) cameras will be used, as they are cost effective compared with MWIR cameras. It is more difficult to visualize smoke using LWIR cameras, because their thermal imaging region is 8–15 µm. The Firesense project SME partner Xenics is an IR camera producer and cost-effective solutions will be assessed through its expertise.

PIR sensors Passive infrared sensors will be used for indoor fire detection, such as within a museum near the archaeological site, or a monumental building.

Weather stations Prototype meteorological stations will be installed near the archaeological sites.