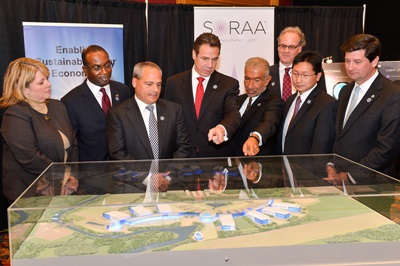 The company says that the site, which will produce gallium nitride (GaN)-based LEDs grown on top of native GaN substrate material, is expected to begin operations in 2015 and to create nearly 400 new jobs eventually.

While the vast majority of LED wafers and chips are produced in Asia, Soraa says that it chose to expand in the New York region because of the local semiconductor industry expertise that has been developed at the State University of New York (SUNY) and other institutions, coupled with recent heavy investment in high-tech industries that has been spearheaded by state governor Andrew Cuomo.

Two years ago, Cuomo shared a stage with former US president Bill Clinton to announce a multi-billion-dollar public-private investment in the region aimed at developing future semiconductor technologies – dubbed the “Buffalo Billion” initiative.

Along with a $400 million support package from the state, industry heavyweights including IBM and Intel committed $4.4 billion to efforts across five key locations in the region including the SUNY College for Nanoscale and Science Engineering (CNSE) Albany Nanotech Complex.

Buffalo stance
Soraa says that it will construct its new state-of-the-art LED fabrication facility in partnership with the State of New York, with COO Tom Caulfield adding:

“We chose Buffalo as the best location for our new fabrication facility based on several factors, including the innovative high-tech vision and strategy of Governor Cuomo; the ability to attract some of the best and brightest scientists and engineers in the world; and the capacity to tightly control the product quality and intellectual property around our LEDs through our partnership with the SUNY College of Nanoscale Science and Engineering.”

“With the new facility, our LED lighting capabilities will be refined and expanded, product innovation will accelerate, and light quality and efficiency will continue to improve. And our presence here will facilitate job growth: we envision that number to rise to 375 jobs"

In a Soraa statement, Cuomo added: “Under the largest investment in our Buffalo Billion initiative, we are building a state-of-the-art campus to house high-tech and advanced manufacturing companies that will create hundreds of jobs and leverage over a billion dollars in private investment for Western New York.”

The state governor added: “Today, we welcome world-renowned high-tech company Soraa to Buffalo - an affirmation that Buffalo is back and better than ever. This project marks a giant step forward in our Buffalo Billion strategy, transforming a once vacant property into a development ready site that will create good-paying permanent jobs, make Buffalo an international hub for innovation, and attract more businesses from around the world.” 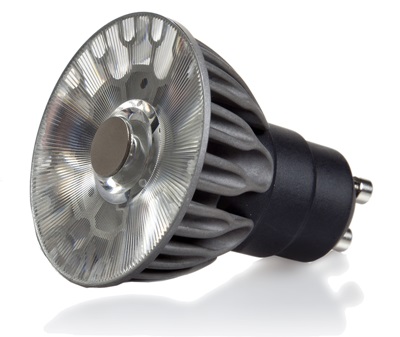 GaN advantages
Soraa was set up in 2007 by a team of UCSB scientists led by blue laser diode pioneer Shuji Nakamura. He and co-founders Steven DenBaars and James Speck pinned their business plan on the use of GaN substrate materials to ensure a perfect lattice match with light-emitting layers of similar materials, and therefore superior performance compared with standard LEDs grown on either sapphire or silicon carbide (SiC) wafers.

At the time, it was a strategy that many felt would not work, because defect-free bulk GaN was extremely difficult to produce in the kind of wafer sizes needed for economic LED production – and any that could be produced was inevitably very expensive.

Today, the vast majority of LEDs are still manufactured on either sapphire or SiC, but Soraa has refined its “GaN-on-GaN” manufacturing processes and maintains that its emitters can handle more current and therefore produce more light per area of LED, and will ultimately prove more cost-effective than rival technologies.

The company’s LED-based lamps are said to deliver white light with a wider spectral range than lamps based on conventional emitters, and Soraa has enjoyed some high-profile installations – for example at high-end restaurants and bars like Saison in San Francisco.

That success, says Caulfield, has culminated in the decision to build the Buffalo facility. It will add to Soraa’s existing capacity in Fremont, California, and make the company a more significant challenger – in terms of production volumes – to the more established solid-state lighting competition.

The largest of those vertically integrated competitors include Cree in Durham, North Carolina, and Philips’ Lumileds subsidiary in San Jose, California.

Exactly how much commercial impact the more technologically elegant approach of Soraa will have remains to be seen, however. Analysts at Lux Research predicted earlier this year that sapphire would remain the dominant base material for GaN LED production, and that the higher performance of GaN-on-GaN would only find niche uses in commercial lighting.