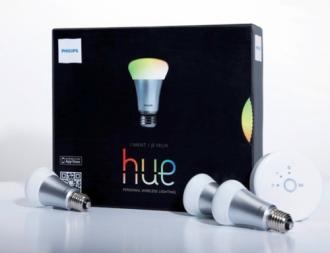 The audience at Bordeaux's Invest in Photonics convention held in December 2012 found that delegates from the cleantech sector were in a robustly positive frame of mind.

The most upbeat view came from Hans Nikol, vice president for LED innovation and strategy at Philips Lighting. Nikol said that he saw no reason to believe that the forces driving adoption of solid-state lighting (SSL) had been diverted in the slightest by recent economic turmoil.

Addressing the convention, he was confident that "the time of conventional lighting is over. LEDs will proceed to transform the entire market and wipe out all existing lighting technologies - except the candle."

Nikol predicts that LED and SSL lighting will account for at least 50 percent of the market in 2015 and rise to 75 percent by 2020, partly because the total market for lighting will be growing over the same period at a CAGR of around 6 percent. Luminaires and applications for SSL will greatly outweigh individual lamps in terms of market share, accounting for around 70 percent of the total €45-50 billion sector.

"The LED revolution is developing in multiple phases," said Nikol. "The first stage was developing the technology to the point where it was able to replace a 100 W filament bulb. This actually happened rapidly; LEDs progressed from a 25-watt-equivalent to a 100-watt-equivalent bulb in just four years. At that point, stage one was done. We are currently in the second phase: aggressively getting the costs down now that the technology works."

The next and third phase will be the "digital lighting age", seeing SSL becoming integrated with digital control systems. The Philips hue bulb, remotely controllable via smartphone app, is part of the company's efforts in this particular race.

Given such a positive outlook, the key questions become identifying the role of photonics technologies in these future developments; and spotting where money can be made.

On the second point, Nikol was clear. "The value chain for LED lighting proceeds from chip to packaged LED; and onwards to B-card; module; luminaire; and system. There has been massive consolidation in the first three steps, so the interesting inflexion point now is in making the step from card to lamp. There is also huge potential to unlock added-value in the last steps, for example incorporating sensors into the system."

The opportunities for photonics advances to play their part are substantial, according to Nikol, who sees a suitable application space for new technologies at higher brightness levels than LEDs traditionally provide.

"There is a gap that new technologies can fill, between the traditional laser domain and the outputs of LEDs," he said. "One candidate would be VCSELs, which could prove suitable for a wide range of relevant applications. VCSELs are ideal for illumination and thermal processes where brightness levels better than those of an LED are required, but which do not require a perfect laser. There is plenty of interesting potential in this area, and the market size for such applications could be huge." 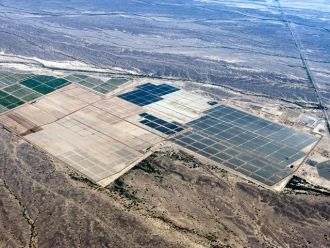 Opportunities during turmoil
Raffi Garabedian, CTO of Arizona-based First Solar, candidly described recent developments within the solar sector as being a period of great turmoil. "But turmoil also means opportunity," he said. "It provides a chance to look around the fringes for avenues to explore, or to move downstream in order to chase profit."

The consequences have been drastic. First Solar is going through its own course corrections, having announced a focus on expanding its output through technological innovation and getting the most out of its existing production lines, along with the postponement of planned capacity expansion.

"In a supply chain without entry barriers, production will increase as long as capital is available," said Garabedian. "Consequently, pricing declines to near-zero margins and any supply-demand equilibrium will be temporary." The result has been the turmoil that Garabedian described, with 4-5 GW of capacity falling out of the market in 2012 according to his figures, and the likelihood of a greater volume than that disappearing during 2013.

As Garabedian noted, the situation has claimed many casualties. "It is tough to operate in a market that is already commoditized. So who will survive? At the cell module level, the survivors will be those who are already at scale, since there are no opportunities left connected with solar cells. This is an unwelcome message for investors perhaps, but true. The other winners will be those engaged in supporting the industry, since there is still big potential in the infrastructure of the solar sector."

Technology opportunities identified by Garabedian as still holding promise included not just incremental technological improvements in materials and processes that can improve the dominant platform technologies, but also metrologies for improved quality and process controls in manufacturing; grid integration systems; and forecasting technologies.

The opportunities provided by solar infrastructure will become particularly significant. "The reliability and durability of the technology will become the foremost concern," said the First Solar CTO. "For example, look at the reliability problems that have plagued CPV technology and its consequent bankability problem. My belief is that we need to move from 25-year to 10-year replacement cycles as the technology and the economics permits, and should refresh solar systems with higher-performing technologies as they come along." Garabedian readily conceded that not everyone in the industry felt the same.

An investment in applications
"I believe photonics applications in the clean energy sector continue to have great potential," said Alessio Beverina of Sofinnova Partners during a subsequent round-table discussion, describing the investor's viewpoint. "But I don't invest in photonics; I invest in applications. All cleantech sectors still have real issues to be solved, and they won't be tackled solely by increasing production."

Beverina echoed the belief that novel disruptive technologies presented real opportunities, and mentioned both silicon photonics and organic semiconductors as areas where Europe was well placed to make gains. But he stressed that an equally significant step was correctly targeting the right niche for disruption.

The industrialists on the panel agreed. "I do a lot of R&D, and I see a lot of small companies chasing my tail," said First Solar's Garabedian. "That's the wrong place to be. Instead, add 'innovate' to your to-do list and find a disruptive technology."

Tim Hayes is a contributing editor to optics.org