Executive is being replaced as president of the industrial technology firm’s optics and photonics unit. 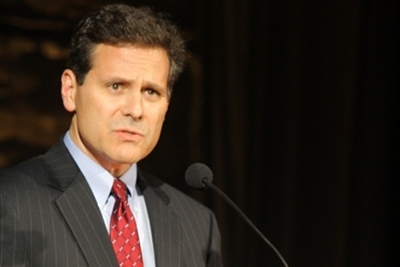 Mike Cumbo is to be replaced as the president of IDEX’s optics and photonics business unit, following a change in reporting lines among senior managers at the firm last year.

IDEX confirmed to optics.org that although Cumbo was technically still working with the Illinois-headquartered company, he was intending to leave shortly. His departure was announced to staff at the CVI Melles Griot facility in Albuquerque, New Mexico, on Monday, January 7.

Cumbo, who has updated his LinkedIn profile to describe himself as a “newly liberated entrepreneurial executive”, will be replaced in the role by Jerry Jurkiewicz, a former VP within Perkin Elmer’s optoelectronics division who has since worked in the private equity sector with Industrial Growth Partners.

Cumbo had been appointed president of what IDEX calls its optics and photonics “platform” in September 2011, three months after the Illinois-headquartered firm had acquired the long-standing photonics brands CVI Laser and Melles Griot for $400 million from Norwest Equity Partners.

Aside from CVI Melles Griot, the IDEX optics and photonics division also comprises optical interference filter specialist Semrock, ATFilms and Precision Photonics – all acquired within the past couple of years as IDEX seeks to build an operation with an annual turnover in the region of $500 million.

Tough integration
Perhaps inevitably, and with weakening semiconductor and defense markets, the integration process has proved difficult. Last July, IDEX said that it had cut headcount at CVI Melles Griot by one-fifth in a bid to improve profitability.

“We need to be very tough-minded,” said Silvernail at the time, as the optics and photonics acquisitions dragged on IDEX’s overall profitability.

But IDEX told optics.org that, notwithstanding any further weakening of demand in key markets, its “right-sizing” of the optics and photonics division was now complete. “We are still excited by optics and photonics and we are continuing to look at [possible] acquisitions,” the firm said.

Prior to the acquisition by IDEX, Cumbo had headed up Semrock as its general manager, adding to an impressive resumé that has included stints as COO at ultrafast laser specialist Raydiance, CEO of BinOptics, and general manager positions at Coherent and JDSU.

In an interview with optics.org published in March 2012, Cumbo described the photonics business as “still awaiting its silicon moment”, and that IDEX was aiming to transfer its expertise from other industrial sectors in an attempt to change that. He said:

“Ultimately, if we are going to drive the maturation of this industry, we need enabling solutions that will compel and standardize the general architecture of instrumentation in a way that will be embraced by not only us, but also our customers. However, customers have accepted the fragmentation of the existing cottage industry structure. It is going to take a compelling value proposition to change this.”