Femtosecond system for cataract and refractive surgeries is the culmination of B+L's partnership with Technolas PV. 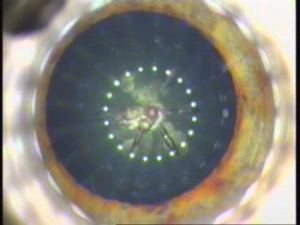 Released at the recent congress of the European Society of Cataract and Refractive Surgeons in Vienna, the Victus system is said to be the first laser platform of its kind, able to exploit the advantages of femtosecond lasers across different ophthalmic procedures.

It also represents a new stage in the relationship between the two companies. TPV, headquarted in Munich, was formed in 2009 as a joint venture between Bausch + Lomb and 20/10 Perfect Vision.

Alongside the Victus introduction, B+L announced that it has entered into a definitive agreement to purchase all outstanding and unowned TPV shares for a total company value of up to €450 million, based on the achievement of certain milestones.

"The promise of femtosecond technology is why we are so excited to be bringing TPV back within our Surgical ophthalmic portfolio," Robert Grant, CEO of B+L's Surgical Division, told optics.org.

Femtosecond potential
The growing momentum behind femtosecond lasers as a tool for ophthalmologists has been growing for some time. Already widely used in refractive surgeries such as LASIK, the potential advantages of using ultra-fast sources in cataract removal makes that market attractive for clinicians and equipment vendors alike.

In cataract removal, the most hazardous parts of the procedure are cutting an initial small incision in the eye through to the lens, called a capsulotomy, prior to drilling it out and the subsequent lens removal. A femtosecond laser could take care of that more accurately and with perfect reproducibility. As well as benefiting patient safety, the improved accuracy should help to ensure a successful outcome when used with advanced multifocal replacement lenses. 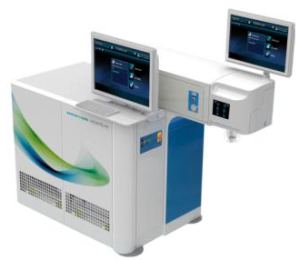 Moving to femtosecond lasers also allows ophthalmologists to make precise incisions in the lens, and to exercise greater control over the process.

A laser allows perfectly centered shapes and patterns to be cut into the existing lens with an accuracy beyond that possible with an ultrasound tool. Incising points of weakness into the lens in this manner makes it easier to get the old lens out, and helps achieve a more precise match between the replacement lens and the existing capsule.

But the hurdle has always been the ability to incorporate the new systems into clinicians' work-flow in a way which makes economic sense. A system capable of performing multiple different ophthalmolgy procedures on the same platform would smooth that path considerably.

"The future of cataract surgery lies in refractive-like outcomes, and we are excited about the promise of Technolas Perfect Vision’s femtosecond technology to deliver the benefits that can potentially come from greater accuracy to both physicians and their patients," said Grant. "Our technology is the first single-platform femtosecond laser platform capable of supporting cataract, refractive and therapeutic procedures, giving us a substantial competitive differentiator in the market."

Grant indicated that the results of clinical trials undertaken using the Victus platform were now being released. "We are pleased with the progression of two studies on capsulotomy and lens fragmentation that were presented in Vienna. The data will also be presented in October at the American Academy of Ophthalmology (AAO) Annual Meeting in Orlando, Florida and at the Asia-Pacific Association of Cataract and Refractive Surgeons (APACRS) in Seoul, South Korea. Data will be submitted for publication in peer-reviewed journals after presentation at these medical meetings."

Business maneuvers
Technolas PV is one of a number of companies developing femtosecond laser platforms for cataract surgery, and aiming to grab part of a market that will only expand as the global population gets older. That business is now starting to heat up.

LensAR, Florida, has received FDA 510(k) clearance for use of its femtosecond system for anterior capsulotomy, as well as a US patent related to the use of femtosecond lasers as a means to increase the flexibility of the lens to facilitate lens removal. It recently raised $5 million of a targeted $6 million in a mixed securities offering, and has announced a strategic cooperation with Topcon Europe Medical BV, which will be responsible for the distribution and marketing the LensAR product line in Europe.

LenSx, California, was acquired in July 2010 by healthcare giant Alcon Labs in a deal reported to be worth $361.5 million in cash for LenSx shares, plus up to $382.5 million based upon future achievements and revenue milestones. The company has received FDA 510(k) clearance for use of its femtosecond laser in lens fragmentation, anterior capsulotomy and the creation of corneal incisions.

OptiMedica, also in California, has now been granted CE mark approval by the European Union for its Catalys laser system to be used in cataract surgery. In addition to a femtosecond source, Catalys includes an integrated optical coherence tomography imaging system and a proprietary pattern-scanning technology intended to improve precision. The company has announced it plans to begin shipping the system in Europe in the fourth quarter of the year. Catalys is not yet approved in the United States.