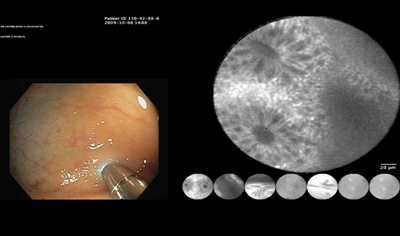 A probe-based confocal laser endomicroscope developed by the venture-backed French company Mauna Kea Technologies has shown strong clinical potential to diagnose a wide range of serious diseases including cancer, according to a raft of new studies just published.

No fewer than five clinical and pre-clinical studies appearing in leading medical journals over the past month have highlighted how Mauna Kea’s “Cellvizio” probe can help physicians confirm or rule out the presence of various forms of early-stage cancer or pre-cancerous tissue, as well as diagnosing urinary tract diseases and estimating the severity of asthma.

In one of the most advanced applications of the probe, the results of an international, multi-center and randomized study on its use for gastrointestinal imaging involving 101 patients showed more accurate detection of the Barrett’s Esophagus condition - a precursor of esophageal cancer – compared to diagnosis with the most widely used endoscopic imaging tools on their own.

Another of the recent studies shows the potential for urologists using the probe to detect cancers within the urinary tract. This is normally done with a white-light cytoscope to help remove tissue samples, which are then sent away to the pathology lab for analysis – usually taking a week for results to come back.

Under white light, it is difficult for a physician to distinguish between flat cancerous tumors and benign inflammation. But the confocal laser probe provides cellular-level imaging in real time, meaning that this differentiation is much more evident. Joseph Liao from the Stanford School of Medicine, senior author of the probe study reported in the July 2011 issue of Urology, said: “Now that we have identified the key features of malignant and benign urinary tract tissue in Cellvizio images, we expect [its] wider adoption as a tool to expedite diagnosis of bladder cancer and other urinary tract diseases." 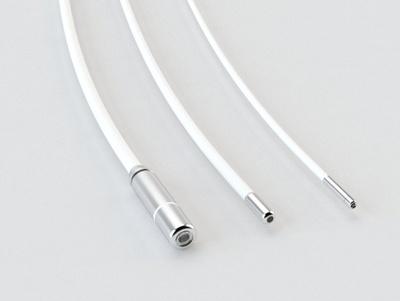 Optical slices
Founded by its CEO Sacha Loiseau in 2000, Mauna Kea received FDA and CE Mark approval for the Cellvizio probe in 2005, and it has now been used in nearly 200 hospitals and medical research centers around the world. The probe features miniaturized optics, optical fiber bundles and advanced image processing to combine some of the key features of a confocal microscope within an endoscope form.

One of those features is the ability to observe “slices” of tissue within the body – just as would be done physically after a regular biopsy is taken from a patient. Mauna Kea has developed various forms of confocal probes for different medical applications – including versions for observing the colon and the respiratory tract. The standard probe’s lateral resolution is 3.5 µm, and a magnification of 1000x is possible for observing mucosal tissue.

"The growing body of clinical data confirms that endomicroscopy with Cellvizio helps gastroenterologists confirm and rule out digestive disease in real time so they can make immediate, targeted treatment decisions for their patients," said Loiseau.

Ground-breaking
"We're incredibly pleased to see similar trends within urology and pulmonary medicine, as well as ground-breaking pre-clinical results in pancreatic cancer. Based on the findings from these studies, we are working with leaders in each respective specialty to determine the best path forward and the scope and design of future clinical developments."

Although pre-clinical in scope, the recent study on pancreatic cancer in a mouse model suggests that this form of the disease – among the deadliest because it is often only discovered at a relatively advanced stage – could be picked up earlier. Currently there are no methods available for detecting the disease inside the body.

In the study, Dieter Saur and colleagues at the Medizinische Klinik at Technische Universität München conclude that the probe has shown potential to improve detection of pre-cancerous pancreatic tissue – and to change how at-risk patients are subsequently treated.

Backed with at least €30 million of venture finance and named after the Hawaiian volcano that provides some of the world’s best astronomical viewing conditions, Mauna Kea says that 5000 patients have already been studied using its Cellvizio probe. It released the latest version of the technology – the Cellvizio 100 Series – earlier this year.