One sailor's request to replace humming fluorescent tubes with a quieter alternative will have the additional benefit of saving energy. 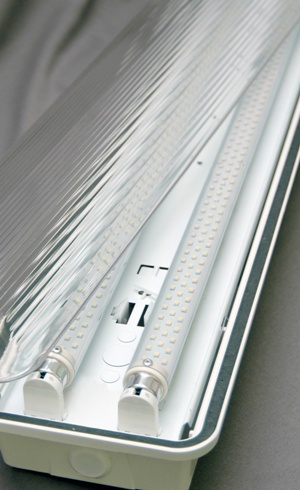 The US Office of Naval Research (ONR) has begun testing solid-state lighting (SSL) fixtures on board the USS New Hampshire attack submarine, after one of its sailors complained about the ‘humming’ noise produced by fluorescent bedside lamps.

Following the request to replace the noisy bunk lights with LEDs, submitted by a sonar technician serving in the Atlantic Fleet in Norfolk, Virginia, the Naval Sea Systems Command has now installed 33 SSL fixtures on the submarine.

“The goal is to eventually retrofit the entire forward section of the New Hampshire with SSL to assess the benefits of the advanced lighting system and measure [the] savings achieved,” said the ONR, which is also planning to install SSL fixtures on the USS New Mexico.

Aside from the reduction in noise, there are obvious benefits in terms of energy efficiency, with the LED-based replacements reckoned to consume only half of the power used by the fluorescents, as well as lasting much longer.

“LED lights are an immediate way to improve efficiency across the fleet,” said Roger Buelow, principal investigator for the SSL project, and also the CTO at Energy Focus Inc., a US company specializing in high-efficiency lighting that is now providing four different types of fixtures to various Navy ships and submarines.

Maintenance headache
The products being supplied were developed under contracts from the ONR TechSolutions Program and the Defense Advanced Research Projects Agency (DARPA).

“The fluorescent version of the berth light found in every sailor’s sleeping area runs at over ten watts and is a legendary maintenance headache due to starter and lamp failures,” Buelow added. “Because of TechSolutions’ work with Energy Focus, the fleet now has a qualified LED version that runs at five watts, delivers the same light output and will last for a decade without maintenance.”

Edward Markey from NAVSEA’s Philadelphia Electrical Powergroup is the TechSolutions technical point of contact for the SSL project. He pointed to the other key environmental advantage of SSL, saying: “The submarine community is pushing to adopt LEDs because fluorescents contain mercury.”

Energy Focus, which is based in Solon, Ohio, was founded in 1985 and has traded on the Nasdaq stock exchange since its initial public offering of stock back in 1994. At that time, the company was known as “Fiberstars”, because of its concentration on fiber-optic lighting technology. Back then, blue LEDs and the SSL industry barely existed, and the brightest LEDs were to be found in PC indicator lights. 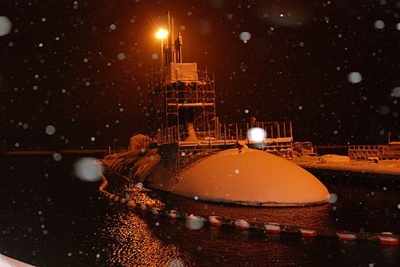 The company launched its first LED-based products in 2005, when still incorporated as Fiberstars and after receiving awards to help develop the technology from both the US Department of Energy and Department of Defense. Following more project work with DARPA, it changed names to Energy Focus in 2007.

The company still sells a variety of lighting products, but its LED-based fixtures now include landscape lights, industrial luminaires and track lights, as well as linear replacements for fluorescent tubes.

In its most recent financial results, for the nine months that ended September 30, 2010, Energy Focus made a net loss of $6.9 million on revenues of $26.4 million.