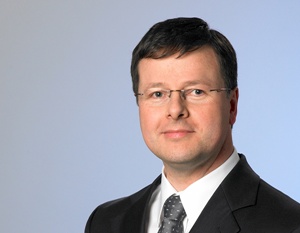 Ludwin Monz, the company’s president and CEO, said in a statement that the growth had exceeded expectations, adding: “Although we continued to invest in new products and expand our sales and service structures, we have succeeded in increasing profitability. This is not least because we managed to further improve the manufacturing cost position.”

The reduced costs have partly resulted from the company’s “Meditec Excellence and Growth Agenda” (MEGA) program, which is focused on delivering higher profitability through a combination of growth and simplified corporate processes. But despite the higher profits, Carl Zeiss Meditec’s supervisory and management boards are not yet proposing a repeat of the additional shareholder dividend that it awarded last year.

For 2010/11, it is set to offer an increase in the regular shareholder dividend to €0.30 per share. For 2009/10, it paid a total dividend of €0.55, after announcing an additional special dividend of €0.33 per share in December 2010. Its proposal will go to the company’s annual general meeting next March. 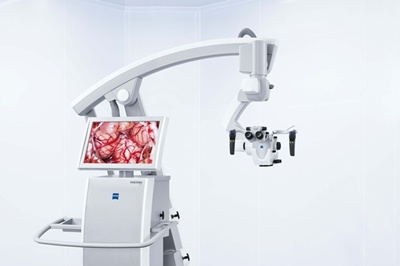 Blockbuster innovation
Carl Zeiss Meditec has introduced a number of new innovations to the market this year to contribute to its sales growth: these include the “ReLex smile” femtosecond laser system for refractive eye surgery and the OPMI Pentero 900 surgical microscope for neuro and spinal surgery.

And it was the microsurgery segment that showed the most rapid growth in the past year, with sales up 20% to €322.1 million. The company’s largest division, ophthalmic systems, registered 7.2% growth to €346.0 million, while surgical ophthalmology delivered sales of €90.7 million, up 6% from last year.

Geographically, Asia provided the fastest-growing market, driven by the Chinese and Indian economies. Sales are now very evenly split across the three major territories of Europe/Middle East/Africa, the Americas and Asia-Pacific. The Asia-Pacific region is still ranked third for the moment, although that gap is closing quickly.

While Carl Zeiss Meditec is focused on a profitability drive, that has not meant any cut in resources for research and development activity – quite the opposite, in fact. R&D spending had been relatively flat at around 10% of revenues over the past few years, but in 2010/11 spending jumped more than 16% to €84.2 million (equivalent to 11% of sales), with close to 15% of the company’s workforce now engaged in R&D.

That R&D effort is focused on the development of “blockbuster” and “gold-standard” products, which CEO Monz says will deliver recurrent business in the longer term.

Outlook
Trends in the global population that will benefit Carl Zeiss Meditec over the next few decades include the demographic ageing of industrialized nations – the United Nations predicts that around one-third of people in the industrialized world will be aged over 60 by the year 2050 (and more than one-quarter by 2025). That will mean a growing number of patients with age-related eye diseases requiring diagnosis and treatment. 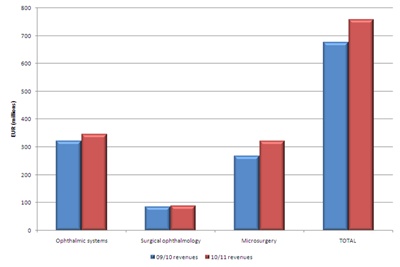 As far as the near-term is concerned, Monz is more circumspect, and did not issue a revenue forecast for the current financial year.

Although the broad and global nature of Carl Zeiss Meditec’s business makes it more resistant than most to macro economic upheaval, the CEO remains wary of a “volatile” background on which to make estimates.

“We will be concentrating on a continued increase in profitability,” he said, pointing out that Asia and South America would likely present the best growth opportunities in 2011/12. By 2015, he is aiming to deliver an EBIT margin of 15% - having already reached 13.6% in 2010/11, that target looks to be well within reach.

• The wider Carl Zeiss group of companies will report its latest financial results next week, at the firm's annual conference scheduled for December 14.