Analysts at Solarbuzz identify more than 1000 non-residential PV projects in China, and estimate a project pipeline of 14GW. 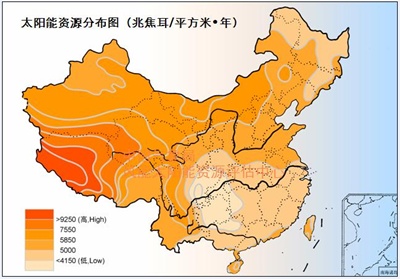 China’s new feed-in tariff policy for photovoltaics, introduced just three months ago, has already created a pipeline of non-residential projects standing at 14 GW. Meanwhile, an impending cut to Germany’s PV tariff in January is creating a spike in demand as investors and homeowners rush to beat the deadline.

The conclusions come from the latest analyst reports on the PV sector produced by Solarbuzz and IHS iSuppli. A Solarbuzz report on China’s emerging market describes how a combination of the country’s CNY1.15/kWh ($0.18/kWh) support tariff and the collapse in PV module prices this year has prompted “explosive growth” in project development.

Although China is home to most of the world's largest PV cell and module manufacturers, the country’s domestic market has lagged way behind Europe – until now, it seems. Solarbuzz says that more than 1000 non-residential PV projects are now in at least the planning stage.

Much of that activity is in the north-west of China, which has both strong solar irradiation and vast tracts of land suitable for utility-scale PV. Although parts of west and south-west China are sunnier, they are also largely mountainous and not so suited to large PV projects. Qinghai, Gansu, Ningxia, Inner Mongolia and Sichuan are the five leading provinces, as measured by megawatts of planned installations.

Demand surge
Ray Lian from Solarbuzz reckons that the PV market in China will exceed 1.6 GW in 2011, a figure only slightly lower than the 1.8 GW level recently predicted for the fast-growing US market this year by GreenTech Media Research and the Solar Energy Industries Association. While US installations will likely double from 2010 to 2011, China is catching up fast – Lian’s numbers suggest growth of 230% from last year.

That surge in domestic demand will provide Chinese module suppliers with a huge and fast-growing market opportunity after the period of slack seen so far this year, caused by falling demand and political uncertainty in Europe. But according to forecasters IHS iSuppli, the slow German market – still the largest in the world by some distance – is about to move from an extended slumber into overdrive, and the change of pace may create some problems.

“Germany’s orders for new PV systems are set to soar in October and November, generating a surge in demand that may be difficult for major suppliers to accommodate,” said the iSuppli analysts in their latest report.

That sudden boom is virtually a repeat of last year, and caused by the looming cut to the country’s feed-in tariff scheduled for January 2012. The magnitude of that cut is pegged to the volume of installations in Germany throughout the year, and investors and homeowners alike are rushing to place orders before the incentive decreases.

German installations fall 20%
Henning Wicht from IHS iSuppli says that although a demand spike in Germany had been widely anticipated, it has happened later than expected - partly because of the rapid fall in module prices this year, and also because so many Germans are on vacation in July and August.

“Given the sluggish demand in the third quarter, the major Chinese suppliers reduced their factory utilization levels,” Wicht said. “Because of this, some Chinese suppliers may not be able to ramp up production in time to capitalize on the demand surge in Germany.”

Because of the time required to ship products from China – typically six weeks – this should favor the module manufacturers with the closest links to wholesalers in Germany, who will be able to react more quickly.

Despite the fourth-quarter boom, PV installations in Germany will still fall this year for the first time (installations were flat at 850 MW in 2005-2006, according to EPIA figures). Wicht now expects 5.9 GW to be installed, down more than 20% from the record level of 7.4 GW seen last year. And he predicts a further 15% decline next year as the feed-in tariff is cut, to around 5 GW.

Even so, with both the US and Chinese domestic markets picking up strongly, the analyst believes that global PV installations will grow by nearly 22% this year, and a further 14% in 2012. But Wicht also warns that next year will see consolidation among suppliers as demand continues to lag behind the huge recent increases in PV manufacturing capacity, particularly among Chinese firms.