Optics and metrology firm yields highest gross margins in a decade amid growing demand for large optics and from life science applications. 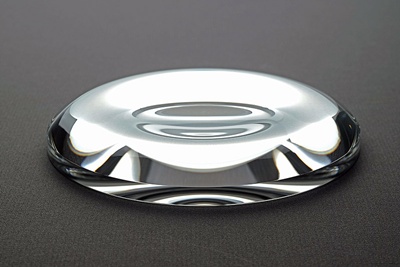 The precision optics and metrology company Zygo has delivered what its senior managers described as an “outstanding” quarter in the opening three months of its fiscal year 2012, which ended on September 30.

Revenues of $44 million at the Connecticut firm were up 41% year-on-year – partly reflecting the acquisition of ASML Optics at the end of 2010 – and up 3% sequentially, showing an increase for the sixth consecutive quarter.

Increased utilization of its production capability and an emphasis on “lean” manufacturing has had a healthy impact on the company’s gross margin performance, which rose to 49% in Q1, the highest level reported by the company in more than a decade. As a result, the firm was able to post net earnings of $6.5 million, more than double the year-ago figure and flat sequentially.

Sales of both metrology equipment and optics were up strongly year-on-year, with CEO Chris Koliopoulos saying that Zygo was “performing better with each quarter”.

The latest quarter saw Zygo deliver some large interferometers for high-power laser projects in China, with Koliopoulos expecting continued demand for the systems, which are used to measure the homogeneity of very large glass optics. Bookings in the latest quarter included $6 million from two Chinese customers for high-performance metrology systems.

In the life sciences field – not an area immediately associated with Zygo – the CEO is also expecting strong future demand growth. In the latest quarter, the company began shipping an order for precision lenses used in ophthalmic laser surgery that it received in June.

Sematech project
In one of its more traditional areas (for the former ASML Optics business), Zygo has just signed a major development project with the University of Albany and semiconductor industry consortium Sematech to work on extreme ultraviolet (EUV) optics.

The $9 million contract will support mask and resist work with the development of EUV lithography optics set to be incorporated in a fifth-generation tool at Albany’s Nanotech complex. EUV lithography is finally becoming a commercial reality, it appears, with leading tool developer ASML expecting to begin assembling production tools from the middle of next year onwards. Zygo’s project is expected to take place over 22 months at the company’s Extreme Precision Optics division in Richmond, California (the former ASML Optics division). 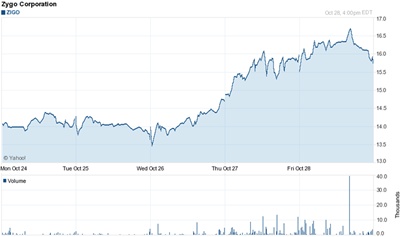 Marc Tricard, executive director of business development at Zygo, said of the project: "Zygo feels privileged to be partnering with organizations like College of Nanoscale Science and Engineering (CNSE) and Sematech, continuing Zygo's 20 years experience in manufacturing EUV optics. This is an exciting and challenging opportunity to leverage our leading edge optics manufacturing and metrology capabilities to extend semiconductor lithography nodes well into the next decade."

The only slight disappointment for Zygo may have been a sequential decline in bookings, although the company remains confident that is has a healthy backlog. Investors responded strongly to the announcement too, with shares in Zygo maintaining some significant gains made just prior to the earnings release, closing up 15% on the week commencing October 24.